Run-machine, technically immaculate and biggest icon of the gentlemen's game, Sachin Tendulkar is considered the most prolific batsman of all time.

Run-machine, technically immaculate and biggest icon of the gentlemen’s game, Sachin Tendulkar is considered the most prolific batsman of all time. He graced the longest format, dominated the 50-over game, and mastered in T20s. He played only one Twenty20 International (T20I), scoring only 10. He, then, decided not to participate in the inaugural edition of ICC World T20, as he thought it was a game for the young and the restless. Later, he called it a day in this format to focus his energy on the traditional forms of the game. However, he was one of the swashbuckling batsmen in Indian Premier League (IPL). Let’s have a look at the Master Blaster’s top 5 T20 innings: Read – Sachin Tendulkar: Not Out forever

100* vs Kochi Tuskers, 2011: Tendulkar attained the only feat he hadn’t in his then 22-year-old career; he bludgeoned an unbeaten 100 off just 66 balls. He didn’t slog (which he rarely did). He was watchful, and artistically maneuvered the ball in the gaps.

Vinay Kumar to Tendulkar. DOT, Vinay’s slower ball outfoxes Tendulkar. FOUR, angled in and Tendulkar sweeps past fine leg. ONE, Rayudu comes back for the second to bring Tendulkar back to the strike, gets run-out. FOUR, Tendulkar spanks past long on. He needs 1 off the last ball. ONE, that’s it, Tendulkar scores maiden T20 hundred, acknowledges the Wankhede crowd by raising his helmet. Read – Albie Morkel’s top 5 IPL knocks and spells

89* vs Rajasthan Royals, 2010: Yet another unbeaten knock by the Little Master that set the Jaipur stadium on fire. Despite losing the devastating batsman Sanath Jayasuriya and youngster Ambati Rayudu, the Little Master kept the scoreboard ticking and smashed unbeaten 89 off just 59 balls, including 10 fours and two sixes. This match-winning innings of his helped MI beat RR by 37 runs.

72 vs Chennai Super Kings, 2010: MI needed 181 runs against IPL’s mightiest team. And, they needed someone to play a gem of a knock to chase down the mammoth total. Tendulkar scored yet another fifty, which was studded with eight fours and a six. More than domination, it was an innings of composure. He approached tactical brand of cricket and helped MI win by 5 wickets with 6 balls remaining. Read: IPL 2016 becomes most-discussed season on Facebook

68 vs Kolkata Knight Riders, 2009: Tendulkar took his devotees down memory lane by hammering as many as four sixes at South Africa’s Port Elizabeth. He, along with Jayasuriya, brought up 100 in just 10 overs. He was awarded Player of the Match for his match-winning 45-ball 68.

63 vs Delhi Daredevils, 2010: It was the same year when Tendulkar became the first player to score 200 in ODIs. And, in IPL 3, Tendulkar churned out 618 runs, and was the winner of the Orange Cap. It was another Tendulkar special and another MI victory that season. His quick-fire, 32-ball 63 propelled MI to 218. For a batsman who believes in playing proper cricketing shots, scoring at a strike-rate of 196.87 left the cricketing world startled.

‘Sach’ was Tendulkar’s swag in the fastest format! 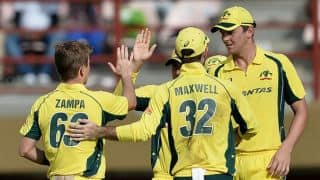