Shahid Afridi is a trump card in Pakistan's setup.

Shahid Afridi won two games for Pakistan at the Asia Cup 2014 with the bat. After a long time, Afridi’s bat has done the talking. Nishad Pai Vaidya writes that about Afridi the batsman.

There are some things that remain constant in life. Any cricket fan would tell you that Shahid Afridi’s average in One-Day Internationals (ODI) has stayed around the 23 mark. But, 17 years on from that fastest ton at Nairobi, the thrill associated with his batting hasn’t diminished. Even today, when the 34-year-old Afridi walks out, the crowd welcomes the popular figure in expectation of some entertainment. For a major part of his career, he couldn’t maintain consistency, that urge of clearing the boundary leasing to his downfall. But, two fabulous innings on the trot have wowed the crowd.

Afridi is like your trump card in the deck. You have to know when to use him to seal the deal. But there is also a danger that it can backfire as well. It is interesting to note that most of Afridi’s innings have come at the top. He has opened the batting over 140 times and has three tons at that position. In recent years, he has dropped down the order and has focused more on his bowling. The odd occasion on which he has been promoted hasn’t worked. Now that he has come good in Asia Cup 2014, there may be a temptation to send him higher. Yet, Pakistan have to be cautious, as he can be the finisher, as we saw in the last two games of Asia Cup.

To keep Afridi down the order is the right move. For him, almost every other ball has to go into the stands and the right time for it would be in the slog overs, when they have about eight-nine overs to go with a good score to get. This is the phase where his role is clear, he has to go for it. To ask Afridi to block and prod is completely out of character and one has to back his strength to do the job. Perhaps, he is no longer the man who could open the batting like he did some years ago, but can effectively help you out by giving the finishing touches.

In the last game, Pakistan made a surprising move to promote Abdur Rehman ahead of Umar Akmal and Afridi. While they needed to keep Afridi for little later, they could have sent in Akmal instead of Rehman. Afridi does need a challenge to come out a true winner, one that demands a free swing of the bat, challenging the boundaries laid out. Even when he mishits, there is a chance it may beat the fence. On one side, you have Afridi’s power and secondly, the modern bats.

Off late, No 7 has been his spot and he has scored eight fifties in 85 games there. That is a fairly decent number for a player who doesn’t bat at the top of the order. You do not get too many chances, but with Afridi, people expect a lot more with the bat. Keeping that aside, he has been a fantastic leg-spinner in the shorter versions of the game. Yet, a fan wants to see Afridi the batsman who smashes those towering sixes, but is often left disappointed. Thus, one must realise that you can enjoy Afridi’s magic in bits and pieces spread out few and far between. But, it certainly may be worth the wait! 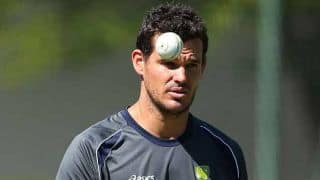