Shoaib Akhtar has done what Charlie Chaplin, Woody Allen and Dilip Kumar did earlier; and he has committed no crime!

Shoaib Akhtar has done what Charlie Chaplin, Woody Allen and Dilip Kumar did earlier; and he has committed

Social media is buzzing with reactions on Akhtar's marriage to a girl who is close to half his age.

Shoaib Akhtar’s recent wedding to a 20-year old has, for whatever reason, taken the cricket fraternity by storm. A confused Abhishek Mukherjee tries to fathom why.

Shoaib Akhtar has got married. Worse, he has got married to a 20-year old. Worse, it was an arranged marriage. He is, without a doubt, the first person to do so in the history of mankind. As a result of this, cricket fans all over social media have come out with the wittiest of tweets.

This is what things are supposed to be like. Making fun of people getting married to a woman of age with her consent is something to be made fun of. That is what fans should be made of: Angelo Mathews and his men clinching a historical series never trended on social media, and the same fate had befallen on the rearguard action by Moeen Ali and James Anderson.

But this is what it’s all about. This is what social media is supposed to be about. The mind races back to the day when Sachin Tendulkar had to turn down a staggering amount from BBC: He did not want his marriage to be public matter. And even in those days, few bothered about who Anjali Mehta was, or what sporting credentials her father had: all they were concerned about was the age difference: “Do you know Anjali is older than Sachin?”

In a world where crime against women (or cancer, of food problems in third-world countries) is solved by clicking “Like” and “Share” and “Retweet”, this is definitely what the reaction was supposed to be like. Shoaib Akhtar has been trending on social media more than any cricketer today.

It’s time we realise that cricketers, current or former, are human beings as well. They are entitled to normal lives the way all of us are. Marrying a 20-year old woman, though unusual, is not immoral or illegal. Woody Allen had married Soon Yi-Previn (which, contrary to popular beliefs, is a perfectly legal marriage), 35 years younger to him; Oona O’Neill was 36 years younger to Charlie Chaplin; and closer to home, Dilip Kumar is 22 years older than Saira Banu.

Almost none of these have led to serious scandals (barring Allen’s, which had more to do with ignorance than other aspects). But then, film personalities are (for whatever reason) entitled to some sort of license in these aspects. Cricketers, apparently, are supposed to be demigods, above such atrocities (!), as a lot of people would try to convince others. That is why we tend to remember the name of Virat Kohli’s girlfriend than his batting average!

Come on, fans. Give these men a break. Please. India tour of England 2014: 5 reasons why this series will be different from the previous one 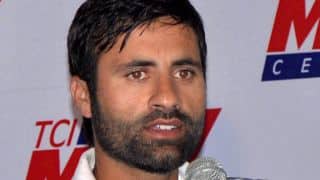