Sonam Palden Bhutia, the SICA General Secretary tells CricketCountry how a phone call from Saba Karim prompted then to change their strathety last year and reveals the roadmap for Sikkim Cricket for the upcoming season

Sikkim entered their maiden Vijay Hazare Trophy campaign last year with a squad consisting of entirely local players. They were the only team out of the nine new entrants into the Indian domestic cricket fold to not sign up any guest players – professionals, as they are termed – and not surprisingly, they struggled.

While the idea was novel enough and gave the local cricketers a valuable taste of Indian domestic circuit, Sikkim could not match up to the level of teams such as Uttarakhand, Bihar and Puducherry who each had the cap of three professionals. Sikkim drew a blank finishing last in the 2018-19 Vijay Hazare Trophy.

A call from BCCI’s General Manager, Cricket Operations, Saba Karim, prompted the Sikkim Cricket Association (SICA) to sign up guest players for the Ranji Trophy and the Syed Mushtaq Ali Trophy that followed. And thus Milind Kumar (Delhi), Bipul Sharma (Himachal) and Ishwar Chaudhary (Gujarat) came in and made their mark. Milind finished the Ranji season as the highest run-getter (1331), Chaudhary scalped 51 wickets and Bipul had a solid season both with the bat and ball.

This year however, Milind has opted to play in Group C with Tripura while Bipul most likely will turn up for a newly formed Chandigarh team. Wiser by a season, Sikkim have brought in domestic veteran Yashpal Singh and former India Under-19 and Mumbai leff-arm spinner Iqbal Abdulla keeping in mind long-term benefits.

“We are here to bring in a culture which is very new to this part of the world. I am thinking of our long term goal, taking help from somebody like Yashpal who has played nearly 18 years of cricket,” Sonam Palden Bhutia, the SICA General Secretary, tells CricketCounty. “He has the experience in handling cricket at this level and our boys are raw. They will be benefit in many ways sharing the dressing room with Yashpal and Iqbal and help our cause.”

With the inclusion of three professional cricketers last season came results. Sikkim managed four wins in eight matches of the Ranji Trophy to finish fifth. Bhutia realises that having professionals is probably the way to go forward, at least in the near future.

“Our players’ morale was up and they also started playing well (in company of the guest players) and we realised we will have to play with guest players for the next two to three years, until the time we have a pool of 25-30 players who can handle the situation at this level,” he says.

For the 2019-20 domestic cricket season, the SICA is not just investing in players. Their main goal is to have a robust support staff. In coordination with the National Cricket Academy in Bangalore, Bhutia has ensured that local coaches understand what needs to be done to get players ready to compete at this level.

“This year we did scouting for places we ca- hold pre season camps and I had a talk with KVP Rao (Assistant GM, Cricket Operations, BCCI) and he told us that we need to concentrate on the support staff first, because they will be dealing with the players first hand and need to strengthen that aspect. He asked us write to the NCA to send two or three coaches here,” says Bhutia.

“I myself am a Level B BCCI certified coach and we turned around the suggestion and sent our coaches and other support staff to give them a scenario on what actually happens in the NCA. We managed to accommodate 30-odd players. It was a tough call to convince the executive members here, but we got a 15 days coaching camp in KIIT which was a great help. Now, from the base to the top we have uniformity in the coaching system and the players benefit and hope they do well this year.”

Sikkim have opted not to extend the contract of coach Sanjeev Sharma and the support staff is most likely to constitute of local coaches. Apart from Yashpal and Abdulla, Chaudhry has been retained as the third professional for the team and they will play their home matches at the KIIT Cricket Ground in Bhubaneswar. 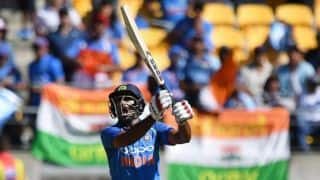 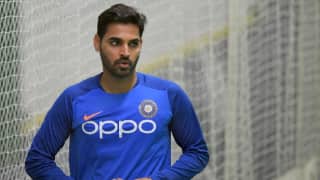