Simon Doull, better known for his cricket commentary, is a former New Zealand swing bowler, having played 32 Tests and 42 One-Day Internationals (ODIs). He has taken 98 wickets in Tests while 36 wickets in ODIs. Persistent injury issues shortened his playing career which included a career threatening knee-injury during New Zealand’s tour of England. His career best of 7 for 65 against India on the Boxing Day Test in 1998 still remains a highlight of his short career. Currently, Doull commentates in various tournaments and is a popular face to during the Indian Premier League (IPL).

On the right is Bashar al-Assad, Doull’s doppelganger. He is the President of Syria and commander-in-chief of the Syrian Armed Forces. He is a world renowned politician and served as a President since the year 2000. He was sworn for his third seven year term as President on July 16, 2014. Recently, he has been in the news with regard to the Syrian Civil war where protesters are calling for political reforms and reinstatement of civil rights in Syria. 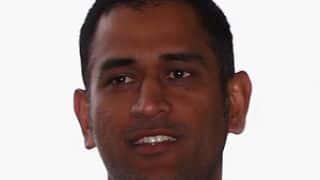