South Africa’s recent 1-4 One-Day International (ODI) loss against Sri Lanka was startling, but it showed a key weakness to the whole world: poor bench. The gulf in class between South Africa’s full-strength team and one shorn of a few big names is huge, writes Shrikant Shankar. 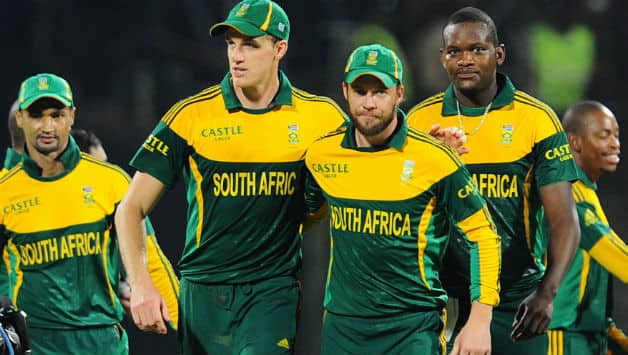 South Africa’s recent 1-4 One-Day International (ODI) loss against Sri Lanka was startling, but it showed a key weakness to the whole world: poor bench. The gulf in class between South Africa’s full-strength team and one shorn of a few big names is huge, writes Shrikant Shankar.

Chandu Borde said recently that India had so much talent that they could easily field two separate national teams which were equally strong. India’s win in the ICC Champions Trophy 2013 with a relatively young and inexperienced side underlines Borde’s point. The team has quickly found replacements for Gautam Gambhir, Virender Sehwag, Zaheer Khan and Yuvraj Singh to emerge supreme in a global tournament. It speaks volumes for the bench strength. Even now, the likes of Cheteshwar Pujara, Ajinkya Rahane and Manoj Tiwary, to name a few, find it difficult to cement their places in the playing XI.

India have since won the ODI tri-series in the Caribbean against West Indies and Sri Lanka and have expectedly routed Zimbabwe.

The same cannot be said about South Africa. They were felt wanting in the recently concluded ODI series in Sri Lanka which they lost 1-4. The margin of defeats in some games were humungous. Sri Lanka won the first match by 180 runs, won the fourth match by eight wickets and cruised to a 128-run victory in the fifth ODI. In between they won the second match by a mere (considering the series results) 17 runs [D/L method]. South Africa won the third ODI by 56 runs to remove a bit of gloss from Sri Lanka’s parade.

The absence of Dale Steyn, Graeme Smith and Jacques Kallis was felt badly. Even in the Champions Trophy, they were far from their best and again missed a few key players. But the ones that slot themselves in the team could not keep the performances at the same level.

A full-strength South African Test side is arguably the best team on paper. They have a very good batting line-up, the world’s best fast bowling attack and a team of brilliant fielders. If they lack anything, it’s a quality spinner. There is no equal to them in Test cricket at the moment; even Australia and England were tamed in their own backyards. But when it comes to the shorter formats of the game, South Africa seem to just not get it right.

The likes of Farhaan Behardien, David Miller and Faf Du Plessis have the potential and have shown glimpses of their talents, but still have a long way to go. South Africa have historically fared badly in the island nation, but this was no legendary Sri Lankan side of old; they are just a side finding their feet under captain Angelo Mathews.

The 2015 ICC World Cup is not far away and if one or two important players have to miss the mega-event for whatever reason, South Africa will find themselves in a bit of a quandary.