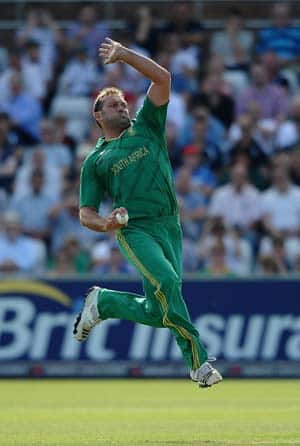 After his man of the match-winning display against Zimbabwe, the tarot cards favour Jacques Kallis to enjoy good outing ” this time against Sri Lanka © Getty Images

The Lankans are represented by the Emperor – steady, wise, dominant and in control. This reaffirms their strong plans and intent, but it’s not going to be all so easy. The Eight & Four of Swords shows a troubled Sri Lankan team who will find it tough to implement their plans against a strong opposition. They will need to be careful of not leaving things too late and will need to maintain better control in all areas of the game.

Mahela Jayawardene will seem unsure in his captaincy. Despite making quick changes, he will not feel very confident as represented by the Death and Nine of Swords. His batting will be far more positive and confident. Like the Eight of Pentacles, he will be prepared to work hard for every run, which initially may not come so easily.

Kumar Sangakkara has the Queen of Pentacles showing a strong and confident batting start. Unfortunately, he will not be able to capitalise on this.

illakaratne Dilshan will need to work very hard to pick himself up. This may not be the most comfortable day for him, especially as he looks a little confused and apprehensive like the Nine of Wands.

Ajantha Mendis will cleverly use all his experience and put up a strong performance. The Ace of Wands represents his ability to act quickly and receive results for doing so.

Angelo Mathews will be a little expensive with the ball. If required, he will contribute well with the bat.

Lasith Malinga, like the King of Pentacles, will be too generous while bowling, but he will manage to draw on his experience and pull it back for himself.

The Sun, the Queen of Wands and the Chariot all grace South Africa’s fortunes today with positivity, adaptability and focus. They will be eager and will show good team work through mature decision making. They will step up their game plans and put up a strong fight. They will need to be careful of some wayward bowling, but they will make up for this in their fielding.

As a captain, AB de Villiers will be slow to react. The team will be aware of this and will back him up strongly whenever needed. His batting will start off well, but nerves and responsibility will get to him. The Ten of Wands warns of carrying unnecessary burdens, therefore AB de Villiers will need to let go of all other roles and just play as a batsman.

Hashim Amla will have a shaky and aggressive start, but like the Empress he will be able to hold and provide stability.

Jacques Kallis will have a good day all round. He will be steady and adaptable. Like the Queen of Wands, he will know how to pace his bowling and batting to get the best results.

Albie Morkel will come with too many plans and despite being successfully manipulative in parts, he may not be as consistent as he would like.

Morne Morkel, like the Three of Pentacles will be economical and successful. His strong plans will see him through.

Dale Steyn will start off well, but he will seem more expensive than expected.