With ICC Champions Trophy 2017 just nine months away, South Africa will be pretty pleased to have a match-winner like David Miller back in rhythm.

South Africa muscled out Australia in the five One-Day International (ODI) series by emerging victorious in the first three games. They now have a healthy lead of 3-0 and will be eyeing a whitewash. The third game at Durban saw history being scripted as South Africa chased the second-highest ODI total in cricketing history against World Champions of 50-overs format, courtesy a brilliant innings from southpaw David Miller. He engineered the run-chase from a crunch situation and snatched an implausible victory from imminent jaws of defeat with a well-deserved century. In fact, this could well be a turning point in Miller’s parched international career as his mere runs column at the highest level also resulted in his axing from the national side recently and has made a comeback with this series. To add to his woes, he did not manage to lead Kings XI Punjab (KXIP) side with example in this year’s Indian Premier League (IPL) 2016, where he was burdened with the role of captaincy. Full Cricket Scorecard, South Africa Vs Australia, 3rd ODI

Australia posted a massive total of 371 overs in a do-or-die game for them after losing the first two encounters. They needed to win to stay alive in the series and did everything right in order to beat the high-on-confidence hosts. Australia posted a massive total, chipped an early wicket in the form of Hashim Amla, got regular breakthroughs and applied pressure on the chasing team. But there was one man standing between them and victory, one man who delivered when his team needed the most, one man who had immense pressure on his shoulders to deliver and cement his spot in the national side and he was Miller. His prowess with the bat is well-known and has the rare ability of hitting big sixes. But sailing a team out of such situation in a run chase of over 300 is laudable.

Australian batting clicked for the first time in the series as their top-order scored massively and laid the foundation of a mammoth total. David Warner scored a century while Aaron Finch contributed with a tenacious fifty. Australian skipper Steven Smith came out all guns blazing and fired another fine century after a poor run in the first two games. George Bailey and Travis Head played much-needed cameos and steered their side to a commanding total. A total which by all means looked enough to restrict the hosts in their own den.

South Africa were well aware of the fact that Australia lacked depth in their bowling and were relatively low on experience. Their bowlers did well in chipping wickets at key intervals but ran out of options when Miller launched a blitzkrieg. He played with unmatched confidence and smashed 10 boundaries and six maximums in his unbeaten knock of 118 off 79 deliveries to get his side past the finish line.

Quinton de Kock and Amla started off well and got their team to a quick start. Amla departed early after scoring 45 runs as John Hastings got the better of him. Faf fu Plessis, who got a century in the previous game walked in and didn’t manage to make any impact as Travis Head removed him for 33. He got a good start but failed to convert it into a big score. De Kock continued his good form and went on to score a much-needed 70 off 49 deliveries. He was dismissed by Chris Tremain. Moments later, Rilee Rossouw, who was dropped in the batting order also failed as he floundered for 18. He did well for the side while batting up the order and his failure at the bottom will certainly create a lot of confusion as the southpaw has been in tremendous touch against the new ball.

JP Duminy took his time and tried to sail the South African ship from troubled waters along with Miller but unluckily he was out for 20 as Hastings scalped another wicket. South Africa were five men down for 217 inside 32 overs. Dwayne Pretorious showed some resistance but Mitchell Marsh pulled curtains on his innings with a beauty.

At 265 for six with more than 100 runs needed and less than 13 overs left, not many would have thought that South Africa will seal through but Miller had other ideas. He along with Phehlukwayo stitched a match-winning partnership to carry his team over the line. Phehlukwayo contributed with a priceless 42 and showed what he is made up of. They didn’t give up and kept battling. Miller and Phehlukwayo complimented each other well. The duo accounted for 107 runs and won their side a memorable game.

Interestingly, the record for the highest successful run-chase is also held by South Africa against the same opposition, a feat which they achieved in 2005 a Johannesburg. Herschelle Gibbs stunned the fraternity with his splendid outing while Miller replicated a similar magic at Durban 11 years later.

Miller’s knock was a fine example of brute force and finesse. He took calculated risks and showed no mercy whatsoever. He picked his bowlers and punished anything pitched in his zone. This knock could well be a career defining one as he made it to this squad on the basis of some consistent performances in the domestic front to earn a recall. He was dropped from the side after some poor performances but drilled extremely hard to bounce back. His run in the Quadrangular A-Team One-Day Series was spectacular as he finished as the second-highest run-scorer after Manish Pandey. Miller had 332 runs to his name in seven games at a staggering average of 110.66 and a strike rate of 93.25 with couple of half-centuries and a scintillating ton.

Miller has done it in the past, when he won KXIP an unlikely victory while chasing a huge target of 191 against Royal Challengers Bangalore at Mohali in IPL 2013. The game was almost gone from the grasp of KXIP when Miller started his valiant batting and put RCB bowlers in all sorts of trouble.

With this outing, Miller has surely rediscovered his mojo which will help him flourish in the matches to come. With ICC Champions Trophy 2017 just nine months away, South Africa will be pretty pleased to have a match-winner back in rhythm. With Miller the thing is simple, there will either be jubilation or frustration. He will either get runs or walk away cheaply. 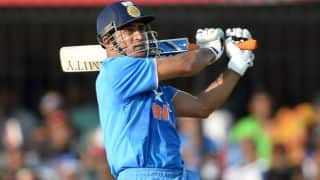 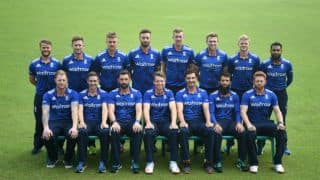