After the loss in 1st Test at Durban against England, South Africa look to equal the game by winning the 2nd Test at Cape Town on Saturday

England takes on South Africa in the second Test at Cape Town on Saturday. This Test can make or break the series for South Africa. South Africa has not had the best of the years in 2015 with regards to Tests. After a disastrous loss to India in the four-match series and the loss against England at Durban in the first Test has put double pressure on the team. England on the other hand, who are leading the series with 1-0, would definitely want to continue the momentum and go 2-0 up in the series. Shruti Hariharan lists down key battles of the second Test.

James Taylor vs Morne Morkel: James Taylor was in good form in the first Test against South Africa. He scored 70 off 137 balls in the first innings, which bailed the tourists out of trouble. When chips were down in the second innings, he once again held fort with 42. He has filled in well for Ian Bell and his efforts have helped England.  Morne Morkel picked 4 for 76 in the first innings and he led as he took charge of the bowling attack. He picked important wickets of Moeen Ali and Chris Woakes,. Morkel tamed the new ball in the right way and restricted England in the first innings. It will be an interesting battle between Taylor and Morkel as both have been at their best throughout the match and have given the right outputs for the teams in time of need. FULL SCORECARD: South Africa vs England, 2nd Test at Cape Town

Jonny Bairstow vs Kyle Abbott: Jonny Bairstow batted with fluency in the first Test at Durban. In both the innings, he came to the crease when his team were under pressure and needed someone to score some runs. He showed he had the batting skills to succeed at that level. Bairstow scored a total of 120 runs at Durban. It does not come as a surprise as he showed the same skills while playing at the Championship season at Yorkshire. Abbott — the tall, strong quick from Durban — has all the ability to ball at pace and generate movement. He picked the crucial wicket of Bairstow in the first innings, which helped his team heave a sigh of relief. He was the leading wicket-taker in the First-Class competition in 2012-13. We are to see some spectacular spells from the medium pace bowler at Cape Town and Whether Abbott can get the better of Bairstow in the second Test as well.

Nick Compton vs Dane Peidt: Having played just nine Tests , the England batsman was dropped in 2013 and made a comeback as a replacement for Ian Bell for the first Test. He showed his performance displaying excellent skills posing 85 in first innings and 49 in second. Dane Piedt took 5 for 153 in the second innings, which are his best bowling figures in his short career so far. But it went in vain as England won the game easily. Piedt bowled magnificently in the Delhi Test against India, picking up 4 wickets. It will be an interesting match to see an England batsman who made a comeback after 2 years with excellent calibre, playing the big hits against the off-spinner. An interesting contest awaits. ALSO READ: Dale Steyn ruled out of South Africa vs England 2nd Test; Kagiso Rabada to replace him

Dean Elgar vs Steven Finn: The percentage of contribution by Dean Elgar in terms of runs was 55.14 percent to South Africa in the first innings total. This has been the highest contribution by a South African batsman in Test cricket. He scored 118 in the first and 40 in first and second innings respectively.  On return to Test cricket after missing the tour of UAE for the series against Pakistan, Steven Finn managed to turn the tide completely in England’s favour. In a brutish spell, Finn severed South Africa’s chance of a significant win, chasing 416 at Durban. As the second Test nears, it will be culmination of significant South Africa’s batting line-up against some magical spells once again from the British bowler. ALSO READ: South Africa vs England 2015-16, 2nd Test at Cape Town: Likely XI for the visitors

AB de Villiers vs Moeen Ali: With all the speculations about his retirement and him recently claiming to restrict to some formats of the game, South African team mates definitely do not seem to approve of AB de Villiers quitting any format. He has always been a man-in-form, especially against the series in India. De Villiers is a fearless batsman; he will definitely not like to be bogged down. Moeen Ali is on high after receiving the well deserved Man of the Match for the amazing output of 4 for 69 and 3 for 47 in the first Test. When de Villiers was picked in the first over by Ali in the second innings, it changed the game’s scenario. We can definitely expect some change in dynamics in the second Test where de Villiers manages to pull off some long shots in Ali’s spells.

(Shruti Hariharan is a content writer with Cricket Country. She can be followed on Twitter at @Shruti_2890) 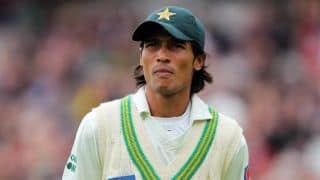