The landmark came off the first ball of Steyn s fourth over when Fakhar edged to Dean Elgar at third slip for 12, leaving Pakistan at 17/2.

On the overall list of Test cricket s most successful bowlers, Steyn is at 11th place. Among active cricketers, only Jame Anderson (565) and Stuart Broad (433) are ahead. Pollock claimed 421 wickets in 108 Test matches at an average of 23.11 while striking every 57.8 deliveries.

Steyn has claims to being the the greatest fast bowler of his generation, with a strike-rate of 42 and success all around the globe. His strike-rate is the lowest for all fast bowlers with 200 wickets since 2000 and with 421 wickets in this period he is the third most successful fast bowler behind Anderson and Broad but who have higher averages.

In 2008, Steyn reached the pinnacle of the ICC Test bowler rankings and occupied the slot for a record 263 weeks. He became the second South African bowler to claim 400 Test wickets in record time, but a series of injuries over the past few years have slowed his progress to Pollock s mark.

Most wickets for South Africa in Tests: 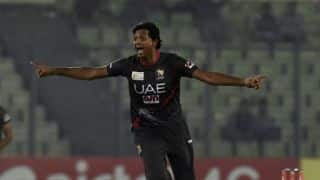 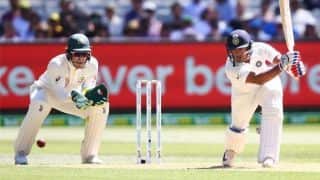