A stunning eight-wicket win at Port Elizabeth on Saturday gave Sri Lanka their first Test series win in South Africa, and made Dimuth Karunaratne‘s team the first from Asia to beat South Africa in a series at home.

Hit by injuries before and during the tour, the sacking of their regular captain Dinesh Chandimal, administrative problems and against the backdrop of an ICC investigation into illegal activity in Sri Lanka, Karunaratne’s touring team won an epic in Durban last week and today scored 137 runs in the morning session on day three to make history. (READ: Karunaratne, Mendis, Perera savour Sri Lanka’s historic triumph)

On that note, here’s a look at the first instances that Asian teams won Test series overseas.

Three years later, India claimed their maiden series victory in the West Indies with the Ajit Wadekar s side winning 1-0 with a rookie Sunil Gavaskar racking up a record 774 runs at 154.80 in his first taste of Test cricket.

History was created months afterwards when Wadekar one again led India to a monumental 1-0 series win over England. History was created at The Oval on a glorious summer day to usher in a new era in Indian cricket and rightfully earned Wadekar his place in the pantheon of the country s finest.

In an engrossing series, Saleem Malik’s Pakistan became the first Asian team to win a series in Zimbabwe. The hosts were a strong side back then and beat a Pakistan team featuring Aamer Sohail, Saeed Anwar, Inzamam-ul-Haq, Ijaz Ahmed, Rashid Latif, Wasim Akram and Aaqib Javed by an innings in the first Test.

Akram fashioned an eight-wicket win in Bulawayo to level the series, and then in Harare it was Inzamam who starred with a vital century backed by wickets to Aaqib and Aamer Nazir as Pakistan won 2-1.

It took India 71 long years to conquer Australia for the first time, and made Virat Kohli’s team the first from Asian to achieve a series win on Australian soil.

Victory by 31 runs in Adelaide made India the first team to start a tour of Australia by winning the first Test of a series. A loss in Perth was followed by victory at the MCG to put India up 2-1. A draw in Sydney sealed history for India. WATCH: MS Dhoni brings out the big shots during nets 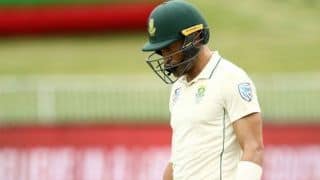