The last time these two teams at this venue was the infamous 2003 World Cup match, when South Africa had miscalculated and the match ended in a tie.

South Africa had easily won the first ODI at Port Elizabeth against Sri Lanka. Sri Lanka will look to bounce back in the second game at Kingsmead, Durban. The last time these two teams at this venue was the infamous 2003 World Cup match, when South Africa had miscalculated and the match ended in a tie. That one error had led to them being knocked out of the competition, that too at home. South Africa will look to erase that memory from their minds and look to put on a good show just like they did in the first ODI. Sri Lanka, on the other hand, will have to look to their bench and give one or two players a go in this match. On that note, let us take a look at the likely XI for both sides. Full Cricket Scorecard: South Africa vs Sri Lanka 2nd ODI at Durban

Top-order: South Africa have a good pair at the top in Quinton de Kock and Hashim Amla. De Kock, one of the best young talents in the world can be a dangerous batsman on his day. Amla, on the other hand, can play the big shots and can also ease his way into calm, composed innings when needed. De Kock and Amla complement each other very well and will look to help South Africa get off to a good start once again. Faf du Plessis will be at No. 3. Faf was rested for the T20I series and scored an unbeaten fifty in the first ODI. He looked in good form and will look to continue his run in this game as well.

Sri Lanka, on the other hand, have batting problems everywhere they look. They will persist with Niroshan Dickwella, who was in good form in the T20Is. He will be partnered by Sandun Weerakkody, who made his debut in the first ODI. Weerakkody had scored just 5, but it will only be fair to give him another chance. Kusal Mendis has scored 94, 57 and 62 in his last three ODIs, and is certainly hungry for more. He will look to convert this into a big innings. If any one of the top three fires, Sri Lanka will be in a good position. The onus is probably on Mendis more than the others.

Middle-order: The combination of JP Duminy, David Miller and skipper AB de Villiers up next makes South Africa s middle-order a dangerous one. Duminy did not get a chance to bat in the first ODI but had scored a couple of fifties against Australia. His average does not do justice to his talent, but on his day he can be a treat to watch. Miller does not being liked tied down and will look to go after the bowling right from the outset. A destructive, in-form Miller is one of the most difficult batsmen to keep quiet. READ: SA vs SL, 2nd ODI, Preview: Visitors aim to stay afloat after defeat in series opener

De Villiers has looked good ever since he returned to international cricket and will be itching to get a big one sometime soon. Chris Morris made a return to the South African team for the first time since June. He bowled very well, but can be a dangerous batsman as well. Who can forget the 62 he scored against England off just 38 balls to help South Africa win from a difficult position?

Sri Lanka have a steady middle-order, but they need to fire. Dinesh Chandimal has not been in the best of forms, but this match will be a perfect platform for him to show what he is capable of. Skipper Upul Tharanga and young Dhananjaya de Silva will follow. Dhananjaya had tried his best to hold the innings together in the first game, but did not find any support at the other end. Asela Gunaratne is yet to fire with bat in ODIs, but has had quite the impact with his medium-pacers. He has an ODI economy rate of below four, and can certainly be used to control the run flow when the opposition gets going. However, he needs to fire with the bat.

Bowlers: The South Africa bowlers did a commendable job in the first ODI. Imran Tahir bowled extremely well and his 3 for 26 won him the man of the match award. Wayne Parnell, Andile Phehlukwayo and Kagiso Rabada were excellent as well, and there is no reason for any of them to be replaced for this match. Not to forget, Morris too will be earmarked to complete his 10 overs. If needed, Duminy can chip in with his part-time off-spinners. READ: South Africa vs Sri Lanka, 2nd ODI at Durban: key clashes

Sri Lanka may make at least one change to their bowling line-up. The Kingsmead pitch is expected to be faster than the Poet Elizabeth one. As a result, we might see Lahiru Kumara make his ODI debut. Kumara is yet to make his List A debut and this could be the game he achieves both something not many have achieved. He will probably replace Jeffrey Vandersay, who did not have much of an impact in the first match. If Kumara comes in, Lakshan Sandakan will be Sri Lanka s only spin option apart from the part-timer Dhananjaya. Suranga Lakmal and Nuwan Kulasekara will be the other tow seamers in the side. 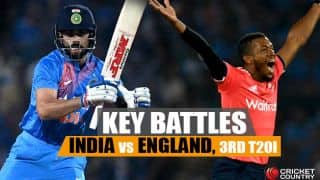 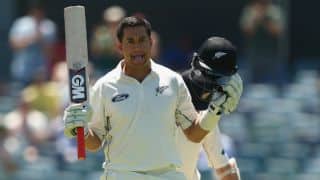