South Africa has been one of the biggest victims of talent loss in various fields, especially cricket.

South Africa has been one of the biggest victims of talent loss in various fields, especially cricket. The Proteas, who are one of the most consistent teams in the history of the sport, have suffered from many a talented cricketer packing their bags and leaving for greener pastures. Amit Banerjee feels the trend, caused mainly by the race-based quota system, can eventually lead to the death of cricket in South Africa.

South Africa‘s return to international cricket in 1991 marked the readmission of a great cricket team. It ended the long wait for the sports-mad nation to make an impact in the game from which it was banned for over two decades. The Proteas ensured that they made their presence felt in the years that followed. After a semi-final finish in their maiden World Cup outing in 1992, they charted a meteoric rise in international cricket during the 1990s and 2000s, especially under the charismatic leadership of Hansie Cronje and Graeme Smith.

No one doubts the fact that South Africa have some of the best records to brag about. They have also boasted some of the greatest fielders in the history of the sport. They will, however, have a lot to lose if things go the way they are in South African cricket at the moment. The biggest threat to the Proteas, something that the author feels strongly about, is the prevailing race-based quota system that has caused a large exodus of talented cricketers to other countries, as well as causing internal strife in the administration. Cricket South Africa apologise over ‘Arfica’ cup spelling blunder

Racial issues are highly volatile in nature in South Africa. To be fair, one really cannot blame the people and their Government for being so sensitive on the topic. After all, non-whites in the country were among the most oppressed people for a substantial part of the 20th century.

When African National Congress (ANC) won a landslide victory in 1994 and Nelson Mandela was elected their first ever black President, there was a hope of a new beginning for the rainbow nation — one where people would be treated as equal regardless of gender, caste, creed or religion. Hansie Cronje has more fans in South Africa than Graeme Smith

Unfortunately, not all has gone as planned. The trend of reverse discrimination against the white population of the country began to take shape towards the late 1990s, and only grew worse in the new millennium. It was not long before the ‘influenced’ policies would catch up with sports, especially the “white sports” of cricket and rugby.

During South Africa’s 1991-92 tour of India, their maiden cricketing event following two decades of isolation, the United Cricket Board of South Africa (UCBSA) selected a squad that had 14 players, all of whom were whites. The board later decided to add four development players to the squad — Hussein Manack, Faeik Davids, Derek Crookes and a certain Hansie Cronje. Two of them, Manack and Davids to be precise, were coloured.

The pair, however, was not selected for any match throughout the tour, and could not make a mark in international cricket unlike Crookes and Cronje. Andrew Strauss making English cricket laughing stock again: Graeme Smith

South African cricket administrators decided to implement the racial quota policy in 1998, in which each domestic team had to field at least four non-white players (of black, coloured and Asian descent). The move had caused a huge resentment, and its ill-effects were beginning to display soon. Kevin Pietersen, one of the most famous cases of South African talent-drain, was pushed aside to make way for Gulam Bodi in the year 2000 in the KwaZulu Natal side despite Pietersen garnering praises from Nasser Hussain and other English cricketers when they a year earlier. The present position of the two in the current scenario is reflective of what the Proteas have missed out on.

While Pietersen’s case might have been among the first of such incidents to take place in South African cricket, it will be far from the last. During South Africa’s 2001-02 tour of Australia in, Justin Ontong, a coloured player, was added to the playing eleven in place of Jacques Rudolph, a white.

The move was apparently directed by UCBSA President Percy Sonn, who later came under a lot of fire from former players as well as the press. Ontong’s presence in the third Test at SCG hardly proved to be of any help. He scored 41 from two innings and bowled two and inconsequential overs. Australia won the Test by 10 wickets to complete a 3-0 whitewash. The only positive for South Africa at the end of the tour was Rudolph stating that all was well between him and Ontong.  Hashim Amla’s appointment as South African captain is a momentous event

However, it was the first time that questions pertaining to the controversial topic of “race over merit” were beginning to get raised by the press as well as by former cricketers and fans.

The following decade saw an exodus of cricketers from the country. It resulted in the loss of Andrew Strauss, Jonathan Trott, Craig Kieswetter to England, Grant Elliott, BJ Watling, Neil Wagner and Colin Munro to New Zealand, Ryan ten Doeschate and Wesley Barresi to the Netherlands, and even to Scotland (Preston Mommsen, Richie Berrington) and Ireland (Max Sorensen).

The damaging system was also the alleged factor in forcing successful Proteas coach Mickey Arthur to resign from his post in 2010, after a five-year stint that saw his side rise to the top spot in the Test rankings and record historic series wins in Australia and England. Mickey Arthur confirms suing Cricket Australia

If there was one reason that could be pinned on the prevalence of such problems in South African cricket, it is the ANC-led government’s refusal to bury the past and its obsession with racially-biased policies that are yet to contribute to the actual progress of the country. It is but natural to expect such the sports ministry of such a Government to try and make ‘cosmetic’ changes to the cricket and rugby teams in order to make it in line with the racial makeup of the country, without realising the consequences that it could lead to.

A recent example that one can look into the witness the impact of the board’s racial policies is the World Cup 2015 semi-final.  Cricket South Africa (CSA) Chief Haroon Lorgat was believed to have pressured coach Russell Domingo to include ‘coloured’ pacer Vernon Philander, who looked out of touch throughout the tournament, in place of the in-form Kyle Abbott.

Lorgat continues to deny the story, though the number of people who support the theory (the likes of Mike Horn included) are too large for it to be entirely dismissed.

The move did have its impact on the match. AB de Villiers was believed to have nearly withdrawn from the semi-final after learning about the alleged decision to replace a white player with a coloured one. South Africa went on to lose the semi-final by four wickets, with South African-born Grant Elliott ironically leading the Kiwis into their first-ever World Cup final.

If things go the way they are, the brain (brawn?) drain is only going to multiply manifolds. The impact of which will surely begin to reflect on the team’s performance and its international ranking in the near future. It can be a painful thing for a fan to watch a successful sports team to slowly wither away in such manner over a period of time.

While I speak out against the aforementioned problems, I do not for once turn a blind eye to the problems that the non-whites have faced in South African cricket, especially the fact that they were not allowed to compete internationally for an entire century.

As is common knowledge, Omar Henry was the first non-white cricketer to represent South Africa. Since then, though the coloured population has produced stars like Makhaya Ntini and Hashim Amla, the fact remains that cricket, along with rugby, is yet to penetrate the country’s ethnic majority.

But is the implementation of racial quotas with an iron fist the ultimate solution to the problem? Maybe the board, and indeed the Government, must understand the fact that the sport is yet to capture the attention of the African masses the way football did, and that they need to work on the grassroots. It is something the cricket powers that be refuse to work on, and remain as adamant as ever on fulfilling their quota targets.

Maybe if CSA decided to build/improve cricket training facilities in schools and coaching centres and focused on ways to increase the game’s appeal, we may witness more enthusiastic black and coloured children line up in the nets for practice, and eventually compete their way to the domestic leagues.

Wouldn’t it be better to see a black cricketer push a white out of the squad purely based on merit rather than his skin colour? Who knows what cricketing potential the ethnic majority holds if properly tapped? 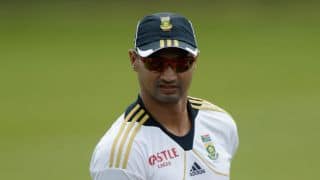