Sri Lanka managed to win just one out of their four matches in the Asia Cup T20 2016.

Defending champions Sri Lanka, have a lot of problems going into the ICC World T20 2016. They lost three out of their four matches in the Asia Cup T20 and suffered a huge loss in the warm-up match ahead of the mega event as well. Sri Lanka will be led by Angelo Mathews in this tournament, after Lasith Malinga resigned from the post after the Asia Cup. Due to injuries, he managed to play in just one out of the four matches in the Asia Cup and it is not sure whether he will be able to play all matches in the World Cup as well. READ: ICC T20 World Cup 2016: Angelo Mathews appeals struggling Sri Lanka to play with freedom

Many in the Sri Lanka side, especially youngsters and a few new faces can look upon the tournament as an opportunity to impress. Players like Shehan Jayasurya and Dasun Shanaka, who made their international debuts recently have shown glimpses of what they are capable of, but World T20 might be finally the tournament where they take the next leap. Dinesh Chandimal has been Sri Lanka’s most consistent performers of late. He is the only wicketkeeper in the squad, which will enable Sri Lanka to bowl an extra batsman or bowler. READ: ICC World T20 2016: Sri Lanka’s Dinesh Chandimal reverts back to old batting technique

Mathews has done well, leading the side in Tests and One-Day Internationals (ODI). But one cannot deny the fact that Sri Lanka are yet to find a replacement for someone of the stature of Kumar Sangakkara and Mahela Jayawardene. The duo were instrumental in helping Sri Lanka to their maiden World T20 title and the Island nation are yet to recover from the aftershocks from their retirements.

The bowling looks promising. Malinga playing every game will be a huge bonus, but the likes of Dushmantha Chameera, Suranga Lakmal, Thisara Perera, Nuwan Kulasekara and Shanaka too make up a bowling attack that cannot be taken lightly. Rangana Herath’s experience on these conditions will surely come in handy.

But their strength is in their batting. Tillakaratne Dilshan, Lahiru Thirimanne, Chandimal and Mathews will have to take up bulk of the responsibility of getting runs on the board. Sri Lanka have struggled to score runs at will, and that has always led to their downfall. Even against minnows United Arab Emirates (UAE), Sri Lanka huffed and puffed to a score of close to 130. Some good bowling ensured that they did not slump to a defeat. READ: ICC World T20 2016: Sri Lanka add Lahiru Thirimanne and Suranga Lakmal in squad

We might see a few players retiring after this tournament as well, which will be another hindrance in their rebuilding. Going by their current form it seems highly unlikely that they will qualify for the semi-final. They have strong competitors in Group 1 like Afghanistan, South Africa, England and West Indies, who will not be easy to beat. Sri Lanka kick start their campaign against a resurgent Afghanistan side at Eden Gardens, Kolkata on March 17. 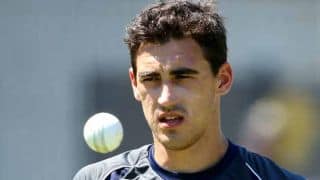