Sri Lanka will look to bounce back in the second match after losing the first match to Australia by 85 runs.

Sri Lanka and Australia face off for one last time on this tour in the second T20I at Colombo (RPS). This will be Tillakaratne Dilshan’s final game in international cricket and Sri Lanka will want to win it for him, but more importantly, will look to level the two-match series 1-1. A Glenn Maxwell special saw Australia score a record-breaking 263 for 3 in their 20 overs in the first match. Maxwell’s unbeaten 145 helped Australia win the match by 85 runs. Australia managed to carry their momentum in from the One-Day International (ODI) series. Australia suffered a 3-0 whitewash and won the ODI series 4-1. It finally comes down to this match and Australia would dearly want to win this match and the series, which will assert their dominance in the limited-overs format. Ahead of the second T20I, let us have a look at some of the key battles. Full Cricket Scorecard: Sri lanka vs Australia, 2nd T20I at Colombo (RPS)

Sri Lanka top-order vs Mitchell Starc: Starc is slowly shaping up to be one of the most feared fast bowlers in the world and his knack of getting wickets in the first over of a match has been amazing. He got the wicket of Dilshan in the previous match and one would not bet against him doing it again. Dilshan, playing his final innings for Sri Lanka would want to sign off on a high, but will have to negotiate Starc first. The likes of Kusal Silva, Dhananjaya de Silva and Dinesh Chandimal too may have to be wary of Starc, if he manages to make early inroads.

Glenn Maxwell vs Sachithra Senanayake: Maxwell was severe on all bowlers in the first game, but took special liking towards Senanayake. Maxwell smashed Senanayake for as many as five sixes and a couple of fours, scoring a total of 44 runs off just 17 balls from the off-spinner. After a breathtaking innings, it is almost certain that Maxwell will open the batting for Australia once again, if they bat first. If not they have Usmal Khawaja, who is more experienced in that position. READ: SL vs AUS, 1st T20I: Glenn Maxwell pleased with his comeback

Adam Zampa vs Dinesh Chandimal: Chandimal fought a lone battle for Sri Lanka in the first match, finishing with a 43-ball 58, coming into bat at No. 4. Chandimal clearly struggled against Zampa. Out of his 24 deliveries, Zampa bowled 15 of them at Chandimal, giving away just 14. Zampa has transformed himself into a key figure in the Australian bowling line-up. He gets through his overs quickly and does not give away too many runs as well. Chandimal, playing in the crucial No. 4 position will have to look for ways to score many more off Zampa, and not let the pressure build on him and his teammates.

Australia’s bench vs Sri Lanka’s bench: Australia have just a couple of players on their bench, who they can pick for this game. With Aaron Finch’s injury and Steven Smith, Mitchell Marsh being rested, Australia have John Hastings and Matthew Wade to chose from. Sri Lanka on the other hand may ring on a couple of changes for this match. They have a few more players to pick from. Dasun Shanaka, Milinda Siriwardana and Seekkuge Prassanna are awaiting for their chances to shine. Siriwardana can bowl some useful slow left arm apart from being a destructive batsman, Prasanna has the capability to bowl some leg-spin as well. On paper, Sri Lanka certainly have more quality on their bench, given the sort of conditions. READ: Maxwell: Finch backed me to break his T20 record

Sri Lanka spinners vs Australia spinners: The Sri Lankan spinners were put under the pump in the first match. They leaked 102 off nine overs between them at an economy rate of over 11 and picked up two out of the three wickets to fall.  Australian batsmen were up for the task and Maxwell  alone smashed 66 off 31 deliveries from the spinners. In contrast, Australian spinners, comprising of Zampa and Maxwell bowled six overs between them, giving away 48 runs at just 8 an over, which also included the wicket of Thisara Perera.

Battle of the all-rounders:  It is safe to say that the Australian all-rounders fared much better in the first match. For Australia, James Faulkner and Moises Henriques were on the expensive side, giving away 64 runs between them in their six overs. But Maxwell after that mammoth innings, chipped in with a couple of overs as well. They were on the expensive side, but Australia kept picking up wickets at regular intervals to ensure Sri Lankan batsmen were kept under check. The Sri Lankan all-rounders will have to understand that if they fail with the ball, they always have a chance to make up for it with the bat, which is something that did not happen in the first T20I. With a couple of good all-rounders in the team and a few more warming the benches, Sri Lanka need to pick the right ones for this game. READ: Run-fest in limited-overs cricket turning fans away?

Having won the Test series, Sri Lanka lost their momentum in the ODI series and with a huge loss in the first T20I, their morale must be on the lower side. But they will have to pull up the socks and ensure that they turn up for the second game, perhaps end the tour on a high. The absence of their skipper Angelo Mathews certainly does not help, but they have a few talented young players, who have the potential to win them games. Stand-in skipper Chandimal played his part with the bat in the first game, but Sri Lanka will need their others players to step up as well. As far as Australia is concerned, a win in this match could see them rise above England and go fifth in the ICC T20I rankings. 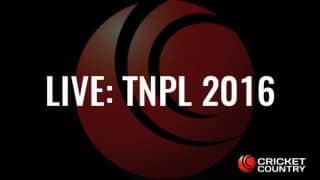