Delhi Daredevils need to be more consistent with their batting against an exuberant Sunrisers Hyderabad bowling line-up in match 42 of IPL 2016.

An in-form Sunrisers Hyderabad (SRH) face the inconsistent Delhi Daredevils (DD) in match No.42 of the Indian Premier League (IPL) 2016. The match will be played at the Rajiv Gandhi International Cricket Stadium in Hyderabad, which so far has given close finishes and this promises to be another humdinger. DD are coming into this match with back-to-back losses and will look to key start their momentum once again as IPL is nearing its crescendo. For DD, batting has been a bit of concern as they have struggled to perform on consistent basis barring a Quinton de Kock, who has been in terrific touch. Vishal Mehra takes a keen look at who the DD might field against bowling heavyweights SRH. FULL SCORECARD: Sunrisers Hyderabad vs Delhi Daredevils, IPL 2016, Match 42 at Hyderabad

Top Order: DD top-order this season has given them all – good, decent and poor – starts. The only constant has been Quinton de Kock who has performed exceptionally well. De Kock this season has amassed 297 runs at an astounding strike rate of 149.24. De Kock has opened with a few partners but has only managed to get into the groove with Sanju Samson . Samson played a gritty knock of 49 runs against Kings XI Punjab (KXIP), showing how well he has evolved in his batting stature. Coming in at No. 3 will be Karun Nair. Nair has been fairly in good scoring form unlike Shreyas Iyer, who after being given repeated chances, has failed to hold on to the place.

Middle Order: DD have suffered a lot with constant changes in the middle order positioning. With the final stages of IPL on, it must be evident who their top batters are, starting with Sam Billings. Billings, in his very first match for DD, struck a very good half-century and added crucial runs in the coming matches. Billings will need to fire against a potent SRH line-up. West Indian heavy weight Carlos Brathwaite could possibly be dropped for this match with a more solid and classy, yet dominating JP Duminy coming in. Duminy, who has been in decent form with the bat will need to up his game. India’s Under-19 talent Rishabh Pant has been another good find for them. Pant has started his IPL career on a good note and will look to make it count in front of an attack which consists of Ashish Nehra, Bhuvneshwar Kumar and Mustafizur Rahman. Knowing how strong SRH batting is, DD might opt for Iyer into the playing XI dropping a bowler.

Lower Order: All-rounder Chris Morris has been the player to go to for Zaheer Khan whenever his team is in trouble. Morris has been terrific with the ball and now need to bring back his batting prowess with DD eyeing a place in the play-offs. Zaheer himself has been on and off in the tournament and will want to get back to his economical ways. DD’s best bowler so far has been Amit Mishra, who has picked up wickets in every game and created panic in the opposition. Completing the bowling line-up will be Mohammed Shami, who is yet to shine in IPL 9. After being injured for a long time, his comeback has been the one DD fans would have expected as Shami nonetheless is an outstanding pace man. 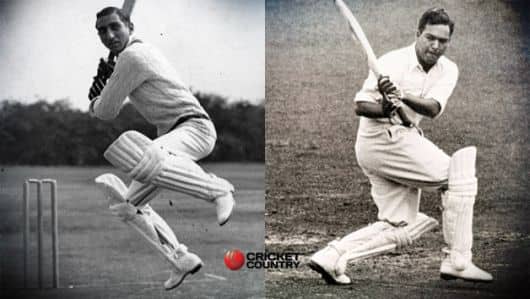