His 15 sixes are the most by an Indian batsman in T20s, and fourth-most overall.

Mumbai batsman Shreyas Iyer has eclipsed an Indian T20 batting record during his 147 off 55 balls against Sikkim in the 2018-19 Syed Mushtaq Ali Trophy, which is the third-highest score in the format in India.

Iyer’s whirlwind hundred beat the previous highest by an Indian batsman in T20s, an unbeaten 128 scored by Rishabh Pant for Delhi Daredevils in the 2018 IPL.

His 147 stands as the seventh-highest individual score in all T20 cricket. (READ: Cheteshwar Pujara hits 61-ball 100)

Iyer’s innings contained 15 sixes, which broke the existing record 11 by Murali Vijay to set a new mark – that of the most by an Indian in a T20.

Overall, this is the fourth most ever hit by a batsman in T20s.

MOST SIXES IN A T20 INNINGS

Spurred by Iyer’s hundred, during which he took 35 off one over from Sikkim pacer Tashi Bhalla, Mumbai ended on 258/4 at Indore. 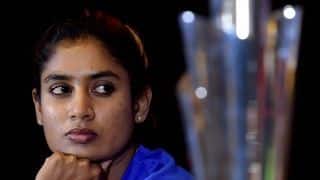