The second semi-final of ICC T20 World Cup 2016 will witness India and West Indies fight it out at Wankhede stadium, Mumbai. This fixture will witness two of the best T20 batsmen, Chris Gayle and Virat Kohli, at display. Both the players are in rich vein of form, with Gayle scoring an unbeaten century in his side’s win against England, and Virat Kohli scoring an unbeaten 82 to guide his side to victory over Australia. While Gayle is a destructive player who only deals in boundaries, Kohli is master of chasing, scoring runs mostly in doubles and fours.The only question that remains from this fixture is, ‘If Kohli gets out early, do India stand a chance?’ FULL SCORECARD: India vs West Indies, 2nd Semi-Final match at Wankhede Stadium, Mumbai.

To put things straight, India have been poor in this tournament, especially with their batting department – barring Kohli. While 3 wins in 4 matches suggests otherwise, their win against Bangladesh was due to their opponents immature batting, and their victories over Pakistan and Bangladesh was all due to sheer brilliance of Kohli. India’s bowling, considered to be the Achilles heel in previous World Cup’s, have been pretty good, restricting the opponents to low scores. But their batting, considered to be among the best in the world, has been badly exposed.

At the top, Rohit Sharma and Shikhar Dhawan have failed miserably in the T20 World Cup 2016. Rohit, 45 runs in 4 innings and Dhawan, 43 runs in 4 innings, have not given India a decent start in any of the game. Dhawan’s stay in the team is due to a lack of reliable option and MS Dhoni’s confidence in him. The West Indian bowlers will be licking their lips to bowl against Rohit and specifically Shikhar, the weakest link in the Indian batting line-up. ALSO READ: India vs West Indies, T20 World Cup 2016 semi-final at Mumbai, Preview: Rampant India take on unpredictable West Indies

Then there is Suresh Raina, whose record in IPL makes everyone stand up and applause. But coming into this game, he has just one score 30 in his past 6 innings, horrendous knowing he gets enough time on the pitch due to early wickets falling at top. Raina’s struggle against the short ball is well known, with him being called a ‘short ball bully’. With Ajinkya Rahane in the squad who is patiently waiting for his opportunity to get game time, it will not come out shocking to see a change made. But should Raina play the semi-final, unsurprising knowing MS Dhoni’s fondness for the player, Andre Russell would feel obliged to bowl his pacey bouncers to him.

The rest of the middle order for India consists of Yuvraj Singh, MS Dhoni and Hardik Pandya. The case of Yuvraj is very curious, he is far from being at his best. Yuvraj’s knocks of 21 against Australia and 24 against Pakistan showed his grit and willingness to stay on the crease, but both times he was struggling with timing. Having suffered an injury in the last game, it is very unlikely he will feature in the semi-final, so expect either Rahane or Manish Pandey to come in. Then comes MS Dhoni and Hardik Pandya, who have done nothing wrong in their roles as the finishers. But should India need a controlled knock, Pandya cannot be looked upon, due to a lack of technique. ALSO READ: T20 World Cup 2016: Chris Gayle calls India favourites but believes West Indies can upset them

And then there is Kohli. The way in which he is playing at the moment, even the biggest of his critics are applauding his game. His knock of 82* against Australia was beyond words, an exhibition of some of the best classic shots in the game. While batting first, it won’t be wrong to deny he is less comfortable, considering Kohli has started reading between the lines and moving ahead in the game. But while chasing, he knows it best.

West Indies themselves are a side heavily relying on Chris Gayle, but having seen Andre Fletcher and Marlon Samuels score apart from him, the Caribbean’s are giving it a second thought. West Indies bowling also does not have a genuine pace bowler, and are relying on all-rounders Dwayne Bravo, Andre Russell, Carlos Brithwaite and spin of Samuel Badree and Sulieman Benn. Yes, they have issues of their own, which can be exploited by the Indian bowlers. But they would feel taking the wicket of Virat Kohli would more than certainly guarantee them a place in the finals, considering the struggles of other Indian batsmen. 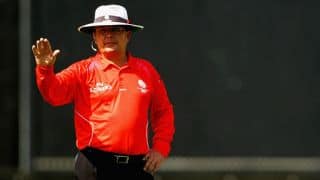 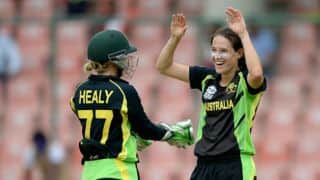