Taijul recorded figures of 8 for 39 in Zimbabwe's 2nd innings to guide his side to a win.

Taijul Islam entered the record books when he recorded the best ever figures by a Bangladeshi in Tests when he snared eight Zimbabwean wickets for just 39 runs in the first Test at Dhaka. Given that Taijul was playing in only his third Test, his effort was all the more commendable. Shiamak Unwalla looks at what this could mean for Bangladesh and Taijul.

Taijul Islam has had quite a remarkable time in Test cricket in the few matches he has played. His debut innings saw him capture five for 135 against West Indies at Kingstown. His next match saw him take just three wickets, but he grabbed eight more against Zimbabwe in only his sixth Test innings.

Expectedly, Shakib-al-Hasan leads the ranks with 129 wickets at a decent average and reasonable strike rate. However, Taijul’s figures are quite impressive as well. Given that he has played just three Tests, it would be unwise to look too deeply into these figures, but an average of under 25 and a strike rate of just over 45 makes for some very encouraging numbers.

Given that Bangladesh don’t play a lot of Test cricket, they have had a remarkably high number of spinners to have played Test cricket. What stands out though, is the high percentage of left-arm spinners in the mix. Below is the list of every Bangladeshi spinner with 10 wickets or more in Tests:

As seen above, of the 11 Bangladeshi spinners to have taken more than 10 Test wickets, only four have been right-handers. Even there, Mohammad Ashraful is only a part-timer, and Mahmudullah is an all-rounder, while Naimur Rahman — Bangladesh’s first Test captain — took six of his 12 wickets in one innings.

Taijul has had a dream start to his Test career. Against Zimbabwe, he repeatedly had the batsmen in trouble edging to slip or ‘keeper. His dismissals were mostly the type that one would expect from a classic left-arm spinner; drawing the batsmen forward and foxing them with just enough deviation to kiss the edge.

Bangladesh will be thrilled at the prospect of a shared workload for Shakib and the rate at which Taijul is going. If he can keep this up, there is a good chance he will end his career as one of Bangladesh’s leading wicket-takers. The signs are good for Bangladesh; their reservoir of left-arm spinners continues to reward them. 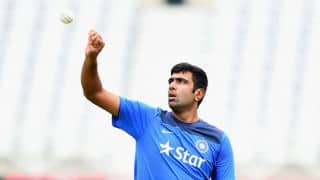 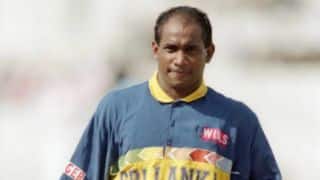