Picks most wickets by a Bangladesh bowler in an innings in Tests.

Taijul Islam on Monday scripted a record of most wickets by a Bangladesh bowler in an innings. Taijul rattled the Zimbabweans in the second innings with figures of eight for 39. The previous record was held jointly by Shakib Al Hasan and Enamul Haque jnr who had seven wickets each. Taijul is also joint second in most wickets bagged in a match. He has nine wickets to his name, a record which he shares with five other bowlers. Enamul holds the record with 12 wickets.

This match also goes in to the record books as this is the first instance of two separate Bangladesh spinners bagging six or more wickets in a match. Earlier in the first innings, Shakib picked six for 50 to dismiss Zimbabwe for 240. 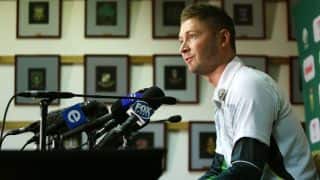 Pakistan vs Australia 2014: Michael Clarke believes Pakistan thrashing same as against India in 2013 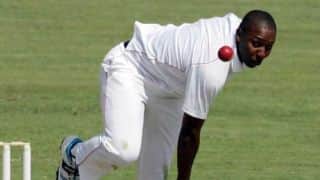 Bangladesh vs Zimbabwe 2014: Bangladesh down to three with nothing on scoreboard