The mystery that was about Ashwin

The mystery that was about Ashwin

The reams of newsprint spent on discussing Ravichandran Ashwin 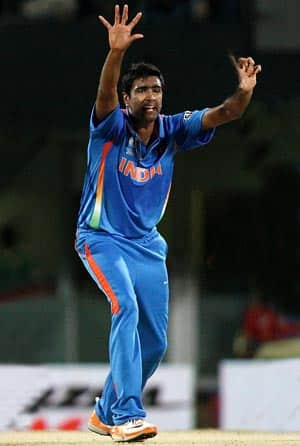 The reams of newsprint spent on discussing Ravichandran Ashwin and his absence from the playing XI has reportedly eaten up a forest the size of Chennai. If clutching of straws was what the media was attempting, it was a spectacular success.

One had heard the following story before the Windies match in Chennai.

An agitated, knowledgeable Chennai spectator (Is there any other kind in Chennai?!) got an opportunity to question a few players from the Indian team (the fact that he was related to “Cheeka” – Krishnamachari Srikkanth – and works in India Cement  has nothing to do with this opportunity). We shall call him “Anna” for the time being.

He first met up with Mahendra Singh Dhoni (MSD) who was practicing for his new Pepsi ad that showed the origins of his now infamous “well, of course” post-match conferences.

Anna: Hi Yem Yes. Cheeka Sir sent me to you. He himself doesn’t understand the rationale of his selections so there was no point in asking him the rationale of your selections. I have been meaning to ask you this question for quite some time. Where is Ashwin?

MSD:  Well of course you can ask me this question. We can’t improve our fielding and Yuvi is a great player and in fact he is our most valuable player. What could we do without him? But before I give an answer to your question what will you have? Tea, coffee or Pepsi?

Anna: Yem Yes, I am not here to drink some tea or kaapi. I just want to know where is Ashwin.

Anna had to get away as MSD was getting ready for his shoot. But he saw SRT (Sachin Ramesh Tendulkar, for the uninitiated!) just walking past him holding a hockey stick in his hand just like the ‘Luminous ads’. He was telling someone that he might as well bat with a hockey stick because the others following him seem to be using a hockey stick as well. Anna gathered courage and walked up to SRT.

Anna: Yes Arty, Sir! Can I know where is Ashwin in this team?

SRT: Aila, I can tell you, but first you tell me whether you will have tea, coffee or Pepsi?

Anna: No saar, I don’t want yenny tea or kaapi. Why don’t you just answer my question?

SRT just shrugged his shoulders, adjusted his protector and walked away.

Now Anna was getting a bit puzzled. He still was no closer to solving the question that vexed him for many days. He saw Virender Sehwag ambling past and immediately latched on to him with the kind of alacrity if shown by the Indian fielders, would have won the team a few more matches.

Anna: Viru saar, can you tell me where is Ashwin?

Sehwag: Sir, I am planning to bat out 50 overs here and you are asking me such silly questions? I always play my natural game and Bangladesh is a mediocre team and Sachin Paaji is my hero. But before I answer you tell me what will you have? Tea, coffee or Pepsi?

Now Anna was really feeling the Chennai heat and thought that he might as well have a cold drink. So he asked for one.

Moral of the story: Drinking Pepsi solves many vexing questions!