Truth behind the sudden about turn of the man who never criticises the moves of BCCI.

Cricketing legend Sunil Gavaskar has come out all guns blazing against coach Duncan Fletcher and has won many a heart by backing Rahul Dravid for the job. S Chuzzlewit digs into the truth behind the sudden about turn of the man who never criticises the moves of BCCI.

So Sunil Gavaskar has finally detached himself from the many strings that had so long bound him to the Board of Control for Cricket in India (BCCI) – against all expectations.

The non-acceptance of Decision Review System (DRS), the flagrant promotion of Indian Premier League (IPL), the incessant bullying that saw the Big Three ultimately take over cricket — and much, much more. All along the great man had chosen to be silent, non-committal; sitting in the air-conditioned confines of the commentary box but refusing to utter anything critical against the establishment — even as the sins of BCCI piled up in front of the eyes, almost hiding cricket from public view. The great Sunil Gavaskar, who never cowed down before the administration, had now become a pro-establishment man, moaned fans on various social media platforms.

But, out of the blue, he launched a furious attack against the questionable work ethics of the players, against the fallacies of selection and against the ineptness of the foreign coach. He has voiced that the batting great Rahul Dravid should be given the job. And in saying this he has won many a heart.

That is expected. Anti-establishmentarian statements have always been greeted with raucous cheers from the gallery, establishing mortal men as veritable gods. Be it the angry young man from the frames of Zanzeer or the angry old man gunning for the coach from Zimbabwe.

But, have we really put two and two together and thought it through? Have we considered that even this act may be put on? Have we tried to detect the invisible hand of BCCI in this outburst?

The great Sunil Gavaskar, who never cowed down before the administration, had now become a pro-establishment man, moaned fans on various social media platforms.

It does not take much to find the reason behind the tongue lashing out again, deviating from the long trodden path of spokesman-speak. It is a devilishly clever plot to take over the remaining power arm of the Indian Cricket Team.

We already know the Board President N Srinivasan is the Managing Director of India Cements. We know that Indian captain MS Dhoni was appointed Vice President of the company last year. And now consider this: Rahul Dravid is also a long-serving employee of the same company.

Hence, while we are busy applauding Gavaskar for his bold stance, the same masterstroke is busy paving the way for complete takeover of the governance of Indian cricket by the company. And Gavaskar is being used as the voice to channel opinion in favour of this coup.

Wonder why no one has thought of that?

We are looking at a movement to forge an alliance between CCCP — Captain, Coach, Commentator and President!

Please note: There is probably no candidate more deserving than Rahul Dravid, and no suggestion more meaningful than Sunil Gavaskar’s. The above article is just a humorous take on how conspiracy theories that abound in Indian cricket are formed. All collusions are fictitous. No one will be happier than the writer if Dravid is made the Indian coach. 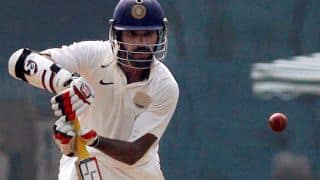 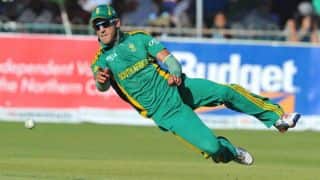