This is an article on two captains and their legendary statements that has found a place in cricket’s folklore. The statements are memorable because of the circumstances at which it was uttered and what followed thereafter.

“Mate, you just dropped the World Cup!” – Steve Waugh to Herschelle Gibbs in the 1999 World Cup

The above quote is famously believed to have been said by Steve Waugh after Gibbs dropped him at a critical juncture in Australia’s World Cup game against South Africa. But Waugh clarified in an interview that those were not his words. “No, I wasn’t quite that clever. I wish I could claim that and the myth is sort of perpetuated and I’m going to break it a bit. It wasn’t quite that, I just said: ‘Look, do you realise you’ve just cost your team the game.’ ”

It was the 1999 World Cup and Australia was not exactly on fire till that point of time. A mediocre league stage meant they just sneaked ahead of the West Indies, having lost to both qualifiers Pakistan and New Zealand and just managing to beat the minnows Bangladesh and Scotland. Enter the Super Sixes they needed three in three to get in and thanks to Glenn McGrath, India was blown away and Zimbabwe was crushed. The last fixture was a must-win game for Australia against South Africa.

Gibbs’s century with able support from Darryl Cullinan and Jonty Rhodes, followed by a Lance Klusener’s late blitz meant South Africa finished strongly on 271. Set a target of 272, Australia was 48 for three when Steve Waugh joined Ricky Ponting and scripted a great partnership. Waugh was on 56 when Gibbs – a brilliant fielder – took the catch and, in moment of euphoria, threw it in the air to celebrate. The ball did not stay long enough in his hands and Waugh survived.

“We were having a battle at the time and Herschelle is a fantastic player. I gave him a bit of stick when he was batting and of course he got 120. When you’ve done that you’ve got to cop it when you get back in and he gave me a gob full all the way through and I got to 56 and he dropped the catch and he walked past me at the end of the over and . . . well we had to say something.” Waugh said that he did tell a few media guys that the popular quote attributed to him was not quite right, but as he added: “No one wanted to listen… It was a good line though – you’ve got to stick with that.”

The match was far from over and ahead was the semis and final, but Waugh – known for his “mental integration” – was not going to lose an opportunity to get the upper hand in mental games with the opposition.

Australia went on to beat South Africa again in the semis in a sensational tied match and forced their way into the final by virtue of having beaten South Africa in the Super Six. Shane Warne weaved his web of magic to trap Pakistan in the final and the Australians were the World Cup champions!

That followed was an era of Australian dominance. They won everything and everywhere, except in India. And since that dropped catch by Gibbs, no team has been able to beat the Aussies in World Cup.

“Only one team was playing with the spirit of the game, that’s all I can say” – Anil Kumble

The Sydney Test of 2008 was threatening to disrupt cricketing relations between India and Australia with the Andrew Symonds–Harbhajan Singh row had turning really ugly.

Australia won the toss and elected to bat. And despite the loss of two early wickets, the Aussies found their man of the moment in Symonds, who plundered an unbeaten 162. The Indians were miffed by some terrible umpiring.

India provided a fitting reply through Sachin Tendulkar and VVS Laxman – both of whom got hundreds. The Australians were frustrated by the powerful Indian batting line-up and the last thing they wanted to see was a hundred stand for the eighth wicket.

It was during this late century partnership between Tendulkar and Harbhajan that the flare-up between Symonds and Harbhajan happened – the former alleging that he was the subject of racial abuse with the Indian off-spinner calling him “Monkey”.

In second innings Australia posted 401, with Matthew Hayden and Michael Hussey getting hundreds and setting India a target of 333.

India’s reply on Day 5 began just before lunch. Wickets fell in a heap, with at least four decisions going against the batsmen. Some dubious appeals for catches were upheld by the umpire after they took the word of the fielder! India lost with just nine minutes to spare and was understandably upset that they were hit hard by the officiating.

What followed was worse – one of the ugliest in cricket history. Match Referee Mike Procter suspended Harbhajan for three matches. The Board of Control for Cricket in India (BCCI) and Cricket Australia came into the picture and soon, the BCCI threatened to withdraw from the tour itself in protest. The Indian team management firmly backed Harbhajan. The pressure on the BCCI by the senior Indian players meant the case was dismissed on the subsequent hearing by a special judge.

It was at this juncture captain Anil Kumble said: “Only one team was playing with the spirit of the game. That’s all I can say.”

Ricky Pointing was condemned by his own countrymen while Kumble won lavish praise for his statesman-like conduct in an extremely provocative and volatile situation.

What followed was a battering for Australia at Perth while the high-scoring Adelaide Test was drawn. India lost the Test series, but had considerably enhanced their reputation. Later Mahendra Singh Dhoni went on to win the CB series and with it started India’s ascendency to the No 1 position in Test cricket.

Kumble may not have won a Test in that series, but ever since his retirement, India has not lost a series. Neither has Australia managed to beat India in Tests since Sydney. And it should be said that the Sydney Test effectively started the decline of Australian cricket.

(Dr Arvind Subramanian is a Chennai-based dental surgeon presently pursuing higher studies in his field. He is also a classical dancer, philanthropist, orator and a writer) 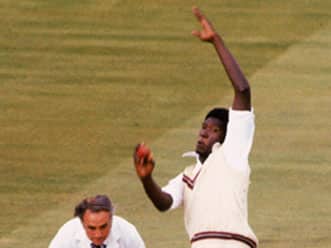