This time for South Africa?

This time for South Africa?

As an Indian, there’s no doubt whatsoever as to where my loyalties lie in the ongoing cricket World Cup. Nothing would please me more than the sight of Mahendra Singh Dhoni receiving the World cup at the Wankhede Stadium on April 2. That hope is based not just on jingoism, but cricketing logic as well. Not only India has a team capable of lifting the trophy but the fact is that there’s no team that is seemingly invincible, like Australia were in the last two editions.

But if one momentarily kept patriotism aside, there is one equally gifted side that I would not mind seeing on the winners’ podium this time. That team is South Africa. Whenever the words ‘South Africa’ and ‘World Cup’ appear in the same cricket-related sentence, they are usually accompanied by words like ‘heartbreak’ and dare I say it, the C-word! In every World Cup since their re-admission, South Africa have been a force to reckon with, only to exit in manners ranging from scarcely believable, to tragic to downright careless. There was that silly rain rule in 1992 (I couldn’t believe my ears when I first heard that Richie Benaud was on the committee that scripted that wretched rule!)… A freak century by Brian Lara in the 1996 quarter-final after they had dominated the group stage… A shattering semi-final at Edgbaston in 1999… A misinterpretation of the Duckworth-Lewis table in 2003 which would’ve been comic if it hadn’t been tragic… and finally the brain-freeze against Australian pace in 2007 semi-final. This time, it might just be different.

For one, though the buzzwords for them are still teamwork and performing as a unit, this team seems to have more players with flair and game-breaking abilities, compared to previous South African teams, which were more than the sum of their parts. When he’s on song, Dale Steyn seems more Pakistani than South African, curving the ball at unplayable angles. Hashim Amla is the closest any South African will ever get to the subcontinental school of wristy and elegant batsmanship. AB De Villiers, to my mind, is still an underachiever who generally gets himself out rather than the bowler claiming him. JP Duminy seems to have lost his way a little, but he’s too talented to be down for too long. And I’ve never much liked Graeme Smith, but I must grudgingly admit – he’s probably the best ‘ugly’ batsman in the game right now.

And this time, they seem to have followed a horses-for-courses policy for the World Cup. The pace attack remains impressive, but I can’t remember a South African side that had as many as five spinners in their squad. Hell, I can’t remember when was the last time they had a leg-spinner in their team. They certainly haven’t had one since their readmission. This time, in Imran Tahir and Faf du Plessis, they have two, albeit inexperienced. Smith has never led a team with a leg-spinner in it, so it will be interesting how he deals with these bowlers who need to be handled with more care than the other varieties.

And finally, people in India have been saying that the team should win the Cup for Sachin Tendulkar, this probably being his last World Cup. But South Africa’s stalwart Jacques Kallis deserves as fitting a farewell as Tendulkar does. Barring 1992, Kallis has experienced all of South Africa’s World Cup miseries first hand. For a man who has scored more than 23,000 runs, taken more than 500 wickets and nearly 300 catches in international cricket and hasn’t snapped in half while having to do it, Kallis remains a remarkably under-feted player. His relative anonymity will not be helped if he ends his glittering career without the trophy that matters. He will give his everything to his team this time around too, and if the desire to give their champion a fitting farewell doesn’t lift this team, I don’t think much else will.

Well, that’s about as long as my Indian heart and mind allows me to contemplate a victory for a non-Indian team in the World Cup. This South African team is different, and they have it in them to go all the way, but considering that they’ve never even reached the final of a World Cup yet, reaching the final and losing it to India would still be progress, right?

(Akash Kaware is a Indian IT professional, who would’ve been a successful  international cricketer if it hadn’t been for an annoying tendency to run towards square-leg while facing tennis, rubber or leather cricket balls hurled at anything at little more than genuine medium-pace! Watching Sachin Tendulkar, VVS Laxman and Rahul Dravid convinced him that breaking into the Indian team was not going to happen anytime soon and hence he settled to become an engineer and MBA, who occasionally wrote about cricket. A few months ago, sensing his uselessness and constant use of cricket websites at work, his company banished him to Canada. His hopes of playing international cricket have, thus, been renewed!) 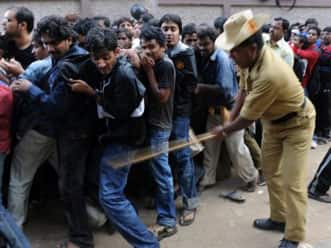 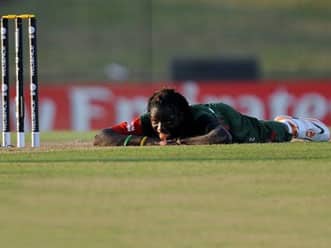