On September 10, 2004, the United States of America made their One-Day International (ODI) debut in an ICC Champions Trophy encounter against New Zealand at The Oval. Nishad Pai Vaidya looks back at that day. 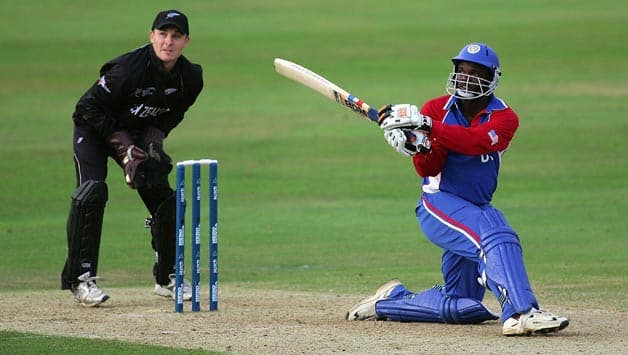 On September 10, 2004, the United States of America made their One-Day International (ODI) debut in an ICC Champions Trophy encounter against New Zealand at The Oval. Nishad Pai Vaidya looks back at that day.

Throughout the history of major tournaments, there has been a lot of debate on the inclusion of the minnows. It may be a stage for them to rise and gradually improve, they are no match to the much stronger Test playing nations and end up losing by big margins. When the United States of America (USA) made their One-Day International (ODI) debut during the ICC Champions Trophy 2004, there was a lot of hope and optimism. For long, USA was considered an emerging market for the sport with a huge expatriate population. But, their maiden tournament was disastrous and it did leave more questions than answers.

On this day in 2004, USA played its first ODI against New Zealand at The Oval. It was the second match of the competition as hosts England had commenced their campaign against Zimbabwe. Interestingly, Zimbabwe were beaten by USA in a practice affair before the tournament — which only increased the debutant hopes. However, they knew they had a stern test as they faced the two trans-Tasman rivals in their group. Almost all the players in the USA side were poised to make their ODI debuts, but there was one familiar face — that of Clayton Labert, who had played five Tests and 11 one-dayers for the West Indies in the 1990s. At the age of 42, he only hoped to get the best out for his adopted country.

With rain delaying USA’s debut and the conditions having a bit of bite, they decided to put New Zealand in after winning the toss. Howard Johnson opened the bowling and shared the new ball with Tony Reid. The latter was to get his first success for the country when he dismissed Stephen Fleming in the sixth over with the score on 25. The bowlers kept maintaining a hold over the New Zealand batting and in 13th over, they had a sense of optimism. Leon Romero had Hamish Marshal out caught to leave the Kiwis at 43 for two. Not bad for a country which isn’t known to play cricket.

It was then that Nathan Astle and Scott Styris started building a mature partnership. The stronger sides can get carried away while facing the lesser teams. In the process, they may end up being complacent and the two tried to ward it off. They majorly dealt in singles and the occasional boundaries. Styris was the more active of the two scoring at a much quicker rate. Astle got to his fifty of 79 balls in the 29th over. Styris got there off 55 balls in the 31st. By the next over, New Zealand had reached 150. It wasn’t the domination one had expected.

From that point onwards, there was a gradual rise in the run-rate as the batsmen hit a boundary every over. They went past 200 in the 39th over and were warming up for an assault. However, just then captain Richard Staple struck in the space of a few overs. Styris was dismissed for 75 and Chris Cairns was out for three. In 42.2 overs, New Zealand were 211 for four when Craig McMillan joined Astle in the centre. It was then that Astle broke the shackles by smashing a six off Staple to move into the 90s. McMillan also got into the act a little later by smashing his first maximum. Astle got to his ton off 137 balls and he was looking more dangerous. In 45 overs, New Zealand were 237, when Astle carted Lambert for two sixes. That was Lambert’s last over in international cricket and he finished with figures of none for 66 in his allotted 10. Johnson, who started off well with the new ball was now mauled by McMillan. In an eight ball over which had two no-balls, McMillan smashed three sixes and a four. Romero’s figures went pear shaped as he was smashed for a six and two fours. But, he also delivered five wides twice. McMillan moved past 50 in only 21 balls. By the end of the 48th, they moved past 300.

Staple’s last over, which was the penultimate one of the innings, was hit for only two sixes. Astle then finished things off with 4,6,6,6 and 4 off the last over by Rashid Zia. New Zealand had shown who is boss and surged to 347 for four. Astle finished with 145 off 151 balls with 13 fours and six sixes, whereas, McMillan nonchalantly scored 64 off 27 (two fours, seven sixes). Reid had been USA’s best bowler by far with one for 37 in 10 overs. A whopping 110 runs were scored off the last five overs. USA had an impossible task on their hand.

Things began well though for USA. Rohan Alexander and Mark Johnson started well and safely took USA past 50 in the ninth over. Then, Jacob Oram got into the act and snared three wickets in the 10th over. Mark Johnson, Romero and Steve Massiah were packed off and all of a sudden then were 54 for three in 10. Then Cairns got Staple for naught and Lambert walked in amidst the ruins. The veteran fought and battled, but there was no cause. As they kept losing wickets at regular intervals, he was sedate and USA got past 100 in the 29th when Lambert smashed a six off Chris Harris. Ultimately, he fell for 39 off 84 balls and USA were packed off 137 to hand New Zealand a comprehensive 210-run victory. Oram returned to take two more to finish with five for 36. A day that started well ended terribly for USA.

Man of the Match: Nathan Astle