A joy to watch when in flow, Vijay Manjrekar, known for his ferocious hooks and cuts, was one of the leading lights of the Bombay school of batsmanship.

A joy to watch when in flow, Vijay Manjrekar, born September 26, 1931, was fearless against the fastest bowlers and is one of the seven players who are to be posthumously honoured by BCCI. Arunabha Sengupta looks back at the career of the batsman known for his ferocious hooks and cuts and one of the leading lights of the Bombay school of batsmanship.

West Indies had piled up 614 runs with Rohan Kanhai hitting a spellbinding 256. In response, India had managed just 124 in the first innings against the hostile pace of Wes Hall and Roy Gilchrist.

As they followed on, the start of the second innings was equally pathetic. There were not too many top order batsmen in those days who could handle genuine pace. Pankaj Roy and Polly Umrigar were out snicking Hall, and Nari Contractor and Ramnath Kenny were bowled off Gilchrist and Hall respectively. India tottered at 17 for 4.

Yet, even in the ignominy of massive defeat, the Calcutta crowd of 1959 found something to cheer about. One man refused to buckle down and surrender to the searing pace. Vijay Manjrekar s batting that day was exemplary, a heroic display of courage against the fearsome quick men. Often the balls left the hands of the big West Indian bowlers like streaks of lightning, and Manjrekar swivelled, his bat meeting the ball at the level of the eye with sound like the crack of thunder, as the ball raced along to the long leg fence.

Seldom have any Indian batsman hooked this fearlessly, before or since. He remained unbeaten on 58 as India collapsed to a mammoth defeat by an innings and 336 runs, and those who watched him bat that day would recall the innings with awe for years to come.

Yet, record books tell us that in the series Manjrekar managed just 148 runs at 24.67 and that effort at the Eden Gardens was his only fifty.

It is a defining snapshot of the Bombay middle-order batsman s career. Epics of courage and brilliance, interspersed by longish sequences of ordinary performances.

In his first Test in England in 1952, in what was just his second series, he had produced a superb 133 against Fred Trueman, Alec Bedser and Jim Laker, adding 222 with captain Vijay Hazare to rescue India in the first innings.

Yet, he was famously bowled by Trueman for a duck in the second innings to leave India at 0 for 4, and he did not cross fifty again in 18 innings that followed.

When he did, it was another brave effort, this time at Kingston, when he scored 118 and added 237 with Pankaj Roy to save the Test against the guile of Alf Valentine.

He did enjoy two series in which he scored consistently. In 1955-56, against New Zealand, he amassed 386 runs at 77.20, with two hundreds. When England visited India in 1961-62, he piled up 586 runs in five Tests, at an average of 83.71 including a career best unbeaten 189 at Delhi. However, as was the story throughout his career, this century was his first since the New Zealand series six years earlier.

Sadly, he put on weight with passage of time, and although his footwork remained nimble and the class unquestionable, he slowed down considerably. During his initial days, he was a brilliant cover fielder as well, and was often used as reserve wicketkeeper. His movements grew more laboured as he aged, and he was placed in less demanding positions in the field.

He failed miserably during India s nightmarish tour of West Indies that followed in 1961-62, scoring 167 in 10 innings. He was still acknowledged as the most technically proficient batsman in the side, and an elder statesman of Indian cricket, but it was obvious that his best days were behind him.

He did have a few memorable moments in the three years that he continued to play Test cricket. His 108 at Madras in 1964 was a mature effort to consolidate on the platform laid by Budhi Kunderan s 192 in a memorable Test match. Later that year, his two innings of 59 and 39 were vital in India s narrow two wicket win against Australia at Brabourne Stadium.

Four months later, in early 1965, Manjrekar signed off on a high, scoring a strokeful second innings hundred seventh of his career against New Zealand at Madras.

For a man of his talent and technical brilliance, the final figures of 3209 runs at 39.12 in 55 Tests read slightly disappointing. Yet, his career remains etched in memory due to the unflinching courage against fast bowling during an era when Indian batsmen were not known for dealing with express bowlers.

In Ranji Trophy, he played for as many as six sides Bombay, Bengal, Uttar Pradesh, Rajasthan, Andhra and Maharashtra and ended with 3734 runs at 57.44.

Having strokes all around the wicket, and a joy to watch even during his later years after he had slowed down, Manjrekar excelled especially in the ferocious hooks and cuts. He will be remembered as the bearer of the glowing torch of the Bombay school of batsmanship, someone who carried it proudly while passing it from Polly Umrigar to Sunil Gavaskar.

After Toronto ordeal, Pakistan cricket legend Imran Khan to star in a movie, "My name is Imran Khan" 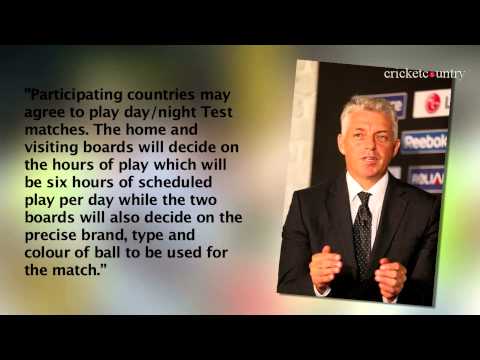