Virat Kohli: Only batsman with a 50-plus average in combined international cricket

Virat Kohli: Only batsman with a 50-plus average in combined international cricket

Virat Kohli may not feature in Mitchell Johnson’s list of best batters in the world but that does not mean anything to the elegant right-handed batsman. A fierce competitor and one of the most complete batsmen of modern times, Kohli’s rise as a batsman has been phenomenal to say the least.

The 27-year-old averages 44.02 in Test cricket, 51.51 in One-Day Internationals (ODIs) and 58.60 in Twenty20 Internationals (T20Is). The runs have come at a staggering strike-rate, which not only makes him one of the best batsmen in the game but also if he continues the same way, he is destined for greater heights with his name being taken alongside the likes of Tendulkars, Laras and Richards.

However, there is one list where he already stands tall among all. Among cricketers, who have in excess of 10,000 international runs, Kohli averages the highest and is the only cricketer to average over 50. It is incredible when you top a list that comprises the greatest batsmen the game has ever seen.

Kohli has already won two ‘Player of the Tournament’ awards in ICC World T20 event (2014 and 2016) and the way he is batting, it seems he can do no wrong. He isn’t a power-hitter like Brendon McCullum or Chris Gayle, or a maverick improviser like AB de Villiers or Glenn Maxwell but that does not have an effect on his T20 success. The format may force you to play low-percentage cricket and achieving consistency might be a challenge but Kohli’s smartness has enabled him to thrive under all challenges.

What makes him standout is his mental awareness. He sticks to his strengths and has devised a method to play risk-free cricket without compromising his strike-rate. His knock against Australia in the ICC World T20 2016 was the perfect example of how to craft an innings in the shortest format and how to construct a knock for perfect chase.  What was noteworthy was the fact that even when the asking rate reached 12, he did not have to adopt slogging. These are special qualities. Kohli’s emphasis on technique and identifying his strengths and sticking to it has helped him climb heights that he has.

The likes of Kane Williamson, Joe Root and Smith may have the edge over him in Test cricket when it comes to statistics but Kohli is certainly India’s most improved batsman in the longer format. He is the captain of the Test team and his numbers, which are already good, will only improve in the times to come.

Currently ranked no. 13 in Tests and no. 2 and no. 1 in ODIs and T20Is respectively, it is safe to call Kohli, the best limited-overs batsman at the moment. Now he has a task in hand as he leads Royal Challengers Bangalore (RCB) once again in the ninth edition of the Indian Premier League.

While comparing different eras is not fair but being the only cricketer (with more than 10,000 international runs) with an average of over 50 in combined international cricket does highlight the fact how special this young cricketer from India is.

For now, let us sit back and enjoy the young sensation as he scales to greater heights. 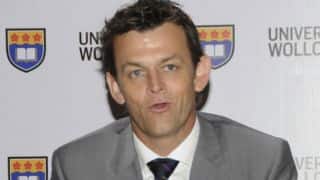