Virender Sehwag plays as the only Indian in the opening edition of T10 Cricket League. He will be leading Maratha Arabians a team that boasts of Kumar Sangakkara and Wasim Akram as their coach. Ahead of the tournament that will unfold in mid-December, Sehwag and the team owners exclusively spoke to Paulami Chakraborty

CricketCountry (CC): Sehwag, what made you say yes to this tournament after one year since your last professional match?

Virender Sehwag (VS) : It is indeed a fresh start for cricket. I am excited about this format because it will be a lot of fun to play the kind of cricket I love. The fact that the tournament aims to entertain the fans at large, fits in well with me because that has been my philosophy always. I look forward to rubbing shoulders with the best in the world.

Also we are talking about (the fact) that cricket should be a part of the Olympics. I think T10 is the right format because it gets over in 90 minutes like a football match and a result will come. So I think this is the right format if the ICC is thinking about talking to the Olympic Association (International Olympic Committee). More nations can play T10 and one batsman or one bowler can win you the game. It is a good concept.

CC: Do you think this tournament can taste as much success as IPL?

VS: I think cricket is the same, it doesn’t matter whether you get 20 overs, 10 overs or 50 overs, because at the end of the day, you have to play those number of overs and try to score as many runs as you can, and I am sure after this first year of league you will get know about its success. I am sure you will see the Sharjah stadium being full with people and they will come and watch this game. I still remember Sachin Tendulkar’s innings in Sharjah. I am hoping that people will come and watch me there also because the last time I played there I scored 135 runs. So hopefully, out of 10 overs if I face five-six overs I will be able to score 30-40 runs.

CC: Your team has Kumar Sangakkara in it. Do you think he can also give you captaincy inputs?

VS: It will be great to play alongside a great cricketer like Kumar Sangakkara. He is a sharp cricket brain and it will be great to have him provide inputs. As a wicketkeeper he is always encouraging the bowlers and providing ideas to any captain he plays under.

The team owners seemed confident of the star-studded team doing well in the tournament and the format to be an endorsement of exciting cricket.

CC: How does it feel to have two iconic players Sehwag and Sangakkara in the team?

Team Owners (TO): The presence of legends like Virender Sehwag, Kumar Sangakkara and even having Wasim Akram as coach provides us an excellent opportunity to put our best foot forward in a brand new format. It is an excellent marriage of two different regions and cultures. The franchise represents the warriors of two historic regions and will fight for every inch on the cricket field during the tournament. We have assembled the best possible squad with an iconic captain in what will be the start of a new era for cricket. It cannot get better than this.

CC: Do you think the tournament can draw as many viewers as IPL?

TO: There is going to be a lot of fireworks from the very first ball. It will be an entertaining concept which will light up the skies of UAE. We have some of the best players in the world, who have set new benchmarks in cricket. That in itself will ensure that the popularity of the league will keep growing. 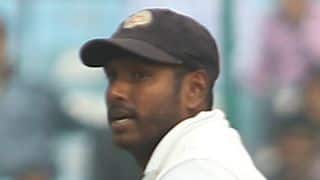