West Indies have given many excuses after miserable tours of India and New Zealand.

The West Indies left the Caribbean shores in November 2013 for two tough tours in India and in New Zealand. They played 15 international games over a period of three months, won only three matches while losing 10. One match was abandoned due to rain (2nd ODI at Napier) while a Test match (opening Test at Dunedin) was drawn. Devarchit Varma dwells into why the Caribbean side continues to lose and what they could possibly do to turn things around…

West Indies’ forgettable tour of New Zealand ended with a defeat as the ICC World T20 champions failed to live up to the reputation and suffered a 2-0 thrashing. They had already lost the Test and One-Day International (ODI) series. However, such a dejecting show by the Caribbean side wasn’t something very surprising. Their slide seems to have hit rock bottom and by the look of it, unfortunately, only a miracle can result in their turnaround in the international cricket.

The side once feared all around the world for its typical brand of talent has been a permanent fixture in the bottom of the pool. West Indian cricket isn’t facing any dearth of talent, but lack of application, display of skills at the right moments and the grit needed to end the dry spells is missing.

The win in the ICC World Twenty20 2012 in Sri Lanka was indeed an inspired effort, and the fraternity and the fans of the West Indies cricket hoped that this would be the beginning of the revival. But two years since then, things do not seem to be improving much. The record in 2013 wasn’t very encouraging. The West Indies won two out of seven Tests that they played in the year, and the wins came against a lowly Zimbabwe. They won only nine ODIs out of 24 in 2013, and in T20Is, their record seems satisfactory with three wins out of five matches.

Need to get rid of excuses

Throughout the tour of New Zealand, West Indies continued to make ridiculous statements. However, the frequency of such statements wasn’t as high when they were in India but it was all started by Darren Sammy, the captain in Tests. The skipper surprised everyone a bit by saying that his side couldn’t concentrate much during the trip to India because of the entire attention surrounding the retirement of Sachin Tendulkar. Sammy said its quiet is New Zealand and his lads can concentrate on cricket.

Sammy’s observations after taking part in a historic series in India were indeed a little surprising. Any individual with a winning mentality, or even a team, knows it best to shut all the distractions and concentrate on one goal — winning. Perhaps the West Indies weren’t concentrating enough.

In 2013, West Indies won two out of seven Tests and won only nine ODIs out of 24. In T20Is, they won three matches out of five

The other instances of surprising statements being made were from Tino Best and the coach Ottis Gibson. After the loss in the first T20 International where the world champions produced a hapless performance, Best blamed the loss by 81 runs to the absence of big hitters. While Best may feel right in saying so, the very fact that the West Indies bowlers leaked as many as 85 runs in the last 7.1 overs was the real reason for their defeat. Best did offer an excuse, but his was not the best one.

After the West Indies were beaten by the Kiwis in the fourth ODI, coach Gibson blamed the string of losses to the inability of the second string Caribbean players to take charge and change their fortunes. While Gibson may feel right saying so, it remains a fact that any team cannot excel for a longer duration if their bench strength is not equally good. The pull out of Darren Bravo after the second ODI crippled the West Indies and they suffered because of the lack of consistent performances from the other players.

There is another interesting anecdote. Shikhar Dhawan had hit the West Indies bowlers all over the park in the third and final ODI of the Indian tour at Kanpur, and India were cruising towards a big win. There wasn’t much left in the game for the West Indies as Dhawan’s brilliance had shut all the doors for them and an Indian win was a mere formality. Amid this, Suresh Raina walked in at No 5 and after reaching 34, he got a thick edge off Dwayne Bravo and wicketkeeper Johnson Charles took a simple catch. While there was nothing left for the tourists in the game, the delight of removing his Chennai Super Kings’ teammate was indeed visible on the face of Dwayne Bravo. However, a similar reaction was missing when Dwayne Bravo had removed the centurion Dhawan.

While there are sparks of brilliance — a huge win in the final ODI against New Zealand by 203 runs, and, pulling down the high-flying India by reducing them to six for 156 in the first innings of the opening Test at Kolkata — the West Indies have failed to attain consistency and it is one of the reasons for their failure. Certainly, not the hordes of excuses offered by the camp.

The West Indies could certainly do a lot better by keeping all excuses aside and putting up a brave face in front to take on all adversity and emerge victorious. They need to start doing that immediately as the defence of their World T20 crown begins quickly. 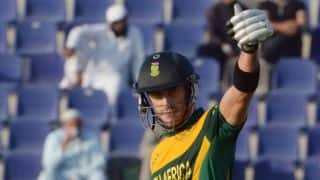 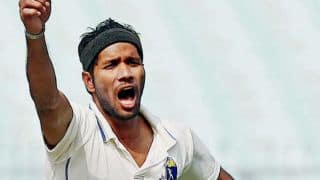