On July 29, 2001, Hamilton Masakadza became the youngest player to score a century on Test debut. At 17 years and 354 days, Masakadza essayed an innings that helped Zimbabwe save a Test against West Indies at Harare. Nishad Pai Vaidya revisits that memorable day. 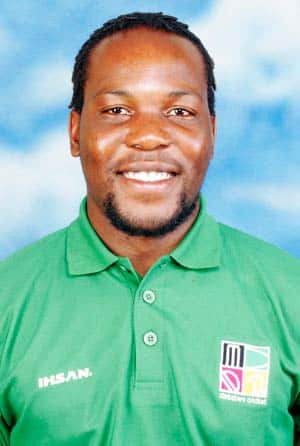 On July 29, 2001, Hamilton Masakadza became the youngest player to score a century on Test debut. At 17 years and 354 days, Masakadza essayed an innings that helped Zimbabwe save a Test against West Indies at Harare. Nishad Pai Vaidya revisits that memorable day.

Time and again, Zimbabwe have produced world-class players who could match the best in the business. Through the 1990s and the early 2000s, the likes of Heath Streak, Andy Flower, Grant Flower and Alistair Campbell to name a few, helped Zimbabwe become a competitive unit. However, the emergence of players like Henry Olonga raised the hopes of the nation as black Africans were gradually making a mark on the game. Thus, when Hamilton Masakadza made an entry as a 17-year-old in 2001, there were a lot of expectations on the young man’s shoulders.

Masakadza was a student at Churchill High School, Harare when he was summoned to represent Zimbabwe in the second Test against the West Indies at the Harare Sports Club. West Indies had won the first of two Tests and the hosts had to make a fist out of the contest. This Zimbabwe team was without Andy Flower and Masakadza came in place of Stuart Carlisle for this game.

On Day One (July 27), West Indies won the toss and put the hosts in to bat. Spinner Neil McGarrell and paceman Colin Stuart combined to take seven wickets and shot the hosts out for a meagre 131. Batting at No 3, Masakadza could only score nine and was bowled by Stuart. The West Indian reply with the bat was formidable. The rock solid Ramnaresh Sarwan and Shivnarine Chanderpaul set the platform for the West Indies to score 347 — thereby taking a 216-run lead.

Going by Zimbabwe’s effort in the first innings, this task looked monumental. Late on Day Two (July 28), Zimbabwe commenced their challenge and lost opener Dion Ebrahim with the score on 27 and play ended there. Early next day, Masakadza walked into the cauldron of pressure. The experienced Campbell had to guide him and pave the way for the innings.

Masakadza made the first move when he smashed the second ball he faced for four to open his account. At the other end, Campbell was scripting a fluent knock as Masakadza held on. Majority of the scoring was done by the senior partner, who was literally racing away to a fifty. Masakadza was determined and controlled his strokeplay. Campbell fell for 65 with the score on 118.

Although one may have felt the West Indies were in command of the contest, despite a fledging fight from Zimbabwe, they squandered their chances. When Masakadza was in the 20s, McGarrell failed to hold on to one in his follow through and the West Indies were to live to rue that. Craig Wishart went on to score 93 and stitched together a 169-run partnership with Masakadza — a stand that helped Zimbabwe take the lead.

Initially, Masakadza was going at a decent rate and took 108 balls to reach his half century. However, he slowed down thereafter and took his time as Wishart was playing the attacking hand. Wishart was out when Masakadza had moved into the 90s. As the milestone approached, the pressure was getting more intense. There were a few nervous moments and tension gripped the ground. However, with the fearlessness of youth, he confidently caressed one for four to shrug aside the nervousness and reached the milestone.

Hamilton Masakadza raises his bat after completing his hundred against West Indies on July 29, 2001 © AFP

Masakadza’s century sparked celebrations in the stands. Guy Whittall was at the other end and ran to congratulate the youngster on the milestone. This innings was important in more than one way. It had not only helped his team in the hour of need, but also made a mark on the record books. He became the first black African to score a Test century. At 17 years and 354 days, he was also the youngest centurion on Test debut, breaking Salim Malik’s record who achieved the feat at the age of18 years and 327 days. Masakadza’s record was however broken by Mohammad Ashraful in September that same year. This feat also placed him alongside Mushtaq Mohammad and Sachin Tendulkar.

By the time Masakadza (119) was out early on Day Four, Zimbabwe were 117 ahead and had a chance of saving the match. He had batted for 388 minutes and had faced 316 deliveries. Heath Streak and Andy Blignaut then extended that score with spirited efforts to take the home side to 563 for nine declared, which in fact put them in a position to win the game. Zimbabwe now had a lead of 347 runs and the West Indies had to overhaul that mammoth target in a little over a day.

The West Indies lost Darren Ganga late on Day Four, but Chris Gayle and Ramnaresh Sarwan then held fort to see the end of play. The following morning, the duo continued to fight and the clouds gave way when they were on 98 for one. There was no respite from there on as Zimbabwean hopes faded as time progressed. Ultimately, they had to settle for a draw and West Indies clinched the series 1-0.

Despite the result, Masakadza’s efforts won him laurels from around the world. Hardly had anyone expected a 17-year old to fight with such character and grit. He may have held the record for a short time, but even today his feat is memorable and has a special place in the record books. Twelve years on, Masakadza is one of Zimbabwe’s leading batsmen and gives them hope as they are still trying to rebuild a side after numerous controversies.

Man of the Match: Hamilton Masakadza