Warner is fighting a battle to change the way he has played the game so far.

A modified, subdued version of David Warner has started showing its negative after effects and it is all happening at very wrong time for Australia. Devarchit Varma opines Ashes 2015 is not the time for him to become someone he is not.

Who is David Warner? For the oppositions, a brash, aggressive and on-your-face cricketer who would rattle them, blow off their game plans and take matches away from reach in a flash. For Australia, a perfect weapon who would not only demolish the best bowling attacks but dismantle opposition’s confidence, unsettle their batsmen with persistent verbal barrage, and not to mention the obvious, get runs at brisk rate.

But none of these traits can be associated with the Warner we have seen in the first two Ashes 2015 Tests. Being very close to suspension from the International Cricket Council (ICC) for his antics in the recent times, and with a lot happening in his personal away from cricket, Warner is at crossroads. Warner has given up alcohol post ICC Cricket World Cup 2015, is now married, has a daughter and has recently received the news of his second child coming into the world. England must guard against complacency going into 2nd Test at Lord’s

On the cricket field, Warner is fighting a battle to change the way he has played the game so far, keep his mouth shut, remain away from battles, the aggressive charges towards batsmen, and all that he loves dearly to indulge in. All this used to be fodder for Warner. All this drove him to positivity, the frame of mind that he seemed right, and eventually runs. But no more. David Warner 2.0 looks like a man being slowly choked, slowly losing his powers and strength. Australia needs serious introspection after humiliating defeat to England in 1st Test at Cardiff

Warner and Chris Rogers have so far opened in three innings in The Ashes 2015. On all three occasions, Rogers has not only outscored Warner for whatever time they have been together at the crease, but surprisingly has been the more aggressive batsman among them. Warner’s natural game is to rip the heart out of bowling attacks, but somewhere, to remain a subdued figure throughout this Ashes 2015 he has forgotten how to bat as well. Warner is missing the deliveries he would normally connect, and he is mistiming the ones he would normally send out of the park with tremendous power. Where was the intensity at Cardiff?

Australia will have to take a note of this decline in Warner, as they cannot afford to have players not playing their natural game. Perhaps Warner needs to be spoken with and guided on how he can bring calmness on the field in his behaviour and at the same time remain aggressive. There is a very fine balance that he needs to strike, and it certainly will take some serious effort to do so. But what Australia and Warner must keep in mind as there is no time to loose, because in the same form the left-handed opener will continue to remain a cheap wicket. England win key moments to outclass Australia in 1st Test at Cardiff 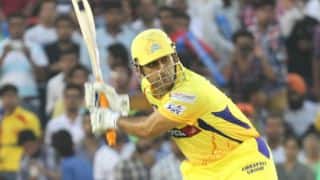 MS Dhoni unlikely to fit in any other IPL team?