In the Autobiography of Neville Cardus, there are accounts of his experiences as the assistant coach of Shrewsbury School, along with the delightful anecdotes about the Nottinghamshire and England cricketer William Attewell.

In the much vaunted Autobiography of Neville Cardus, as well as his Summer Game, there are accounts of his experiences as the assistant coach of Shrewsbury School, along with the delightful anecdotes about the Nottinghamshire and England cricketer William Attewell who served as the head coach. Arunabha Sengupta documents how these episodes, like so many Cardus musings, were nothing but creations of his fertile mind.

Ah, Neville Cardus! The thrust and throes of words, delivered with finesse and fashion of the sharpest shining rapier, brandished by the most skillful of fencers. With that pen several times mightier than the sword, he cut across the mundane confines of cricket writing and elevated it to an art form fit for literary connoisseurs.

Only, to do that he had to free himself from the constraining fetters of fact, and with swift flourishes of his pen dipped in magnificent imagination, he cut through this needless barrier and made us travel into realms of fiction disguised as fact.

There is hardly a lull in the world of cricket journalism before some scribe discovers, for the umpteenth time, the enchanting tale told in the great man’s Autobiography. That of his being born in impoverished circumstances, to a woman of questionable occupation — to be precise, a prostitute — and making it big by sheer diligence and genius. A splendid rags-to-riches story that dreamers like to drool on.

Only, none of that is true. Cardus was not born with a silver spoon in his mouth; but as his biographer Christopher Brookes has shown, his family was reasonably well off and educated. The fragment of imagination that metamorphosed his mother, and then his aunt, into prostitutes, was influenced by his perusal of Pickwick Papers and other Dickensian works, and are perhaps even less true to facts than those immortal novels.

Much of the match reports Cardus wrote were constructed in his fertile mind. Often he could be seen loitering around the streets of Manchester while the match he was supposed to write about went on in Old Trafford. His was a mind too dignified and noble to enjoy the plebeian pursuits that delighted the masses. The reports were written with surreptitious glances at the same scoreboard that he so pompously dismissed as an ass. And thus, there are halos etched around very human cricketing faces, deeds attributed to them that they never performed.

We have dealt with the essay on Ranji, Fry and Wainwright, which entered the curriculum of a far off land like India, but falls to bits when the facts are put under scrutiny.

We have written about the Lancashire match on his wedding day that he describes with characteristic flair in his Autobiography, which was again played in the fertile fields of his mind.

The great story of his watching cricket from the Lord’s pavilion when two men came along dressed in overalls and took away the bust of WG Grace, signalling the start of War, was again a fascinating piece of fiction.

There have been diligent scholars who have pointed out the umpteen gaps in his charming tales, which tend to place his works in the category of historic fiction not to be confused as reportage. The day a Cardus tale is discovered to be accurate, keep your eyes strained on the sky, because pigs will be flying around.

However, there will always be the men who ‘rediscover’ his rags-to-riches story of being born of a prostitute and making it big in the world. A lie can travel half the world even as truth is putting on his shoes, as Mark Twain so eloquently observed.

Nevertheless, let me touch upon yet another grand Cardus chicanery. It takes place in a long chapter entitled Struggle in his Autobiography. The specific delusion occurs from page 63 onwards … that is of course deep enough in the book to prevent most superficial Cardus-star-gazers from ever coming upon the piece.

According to Cardus, in 1912 he was engaged as an assistant cricket coach at Shrewsbury School. Somehow, when in 1929 he wrote an account of his days in the school in his Summer Game, he used the name Shatsbury.

In both Autobiography and Summer Game Cardus assiduously remembers William Attewell, the old Nottinghamshire and England cricketer, who played 10 Tests for England, 9 of them in Australia across two tours. He was supposedly the head coach Cardus reported to at Shrewsbury/Shatsbury.

Here is what Cardus writes in his Autobiography: “The head professional was none other than Attewell, who years ago had played for Nottinghamshire and had made history at Lord’s for the Players, and also had crossed the seas to Australia in a period when people talked of Australia as a place ‘down under’. I had decided to share my Shrewsbury diggings with him, we slept in the same bedroom … He was a plain simple character, lazy in the Midland counties way of the nineteenth century; much journeying about the land and several voyages to Australia had not in the slightest sophisticated him. As soon as he saw me … he looked at me like a father and said, ‘There’s not much of thi, mi lad.’”

This is followed by the description of ‘William’ in his international cap, sharing the cricket field with Cardus and talking about his experiences.

“William had worked in a factory when he was a boy, then out of obscurity he was taken far and wide by cricket.” This seems a recurrent theme in Cardus, rags to riches holding on to the willow and the leather, dripping with romanticism till the shape of the underlying facts were almost impossible to discern.

The two seemed close enough to have talks about God and the arts as well.

In Summer Game Cardus ‘remembers’: “When two o’clock had come and cricket was over for a space, William and I used to sit in our flannels on the little pavilion’s balcony, and rest ourselves from our scorching work in the nets. William would light his pipe, put his feet on the balustrade in front of our seats, and sigh contentedly. His famous career with Nottinghamshire and England never brought him greater happiness than the summers he spent at his life’s end down at Shastbury.”

Ah, the memories! I am sure several sports journalists, stumbling on to such pieces of romantic retrospection, will discourse about the ideal journalist in training, rooming with an old cricketer, sticking to him to know all that had taken place in his life. That is the way journalists should shape themselves and all that.

All very true. Except that none of this is quite close to facts. But, that is to be expected of a pathological liar like Cardus.

William Attewell had never been a coach at Shrewsbury. Although, because of Cardus and his flight of imagination, some of his short biographies do adamantly proclaim that he was there as senior professional at the school.

Further, Attewell never really did anything special in the Gentlemen vs Players matches at Lord’s. He did put in some good performances, but almost always in the showdowns at Hastings or Scarborough, and these never amounted to anything like ‘making history’.

He was a superb all-rounder for Nottinghamshire, making 5,700 runs and capturing more than 1,300 wickets for the county, and did tour Australia twice; but after his cricketing days he became an umpire. He never, to repeat myself, coached Shrewsbury School.

The man who did coach Shrewsbury School, and was the head professional when Cardus claimed to have been hired by the institute, was the cousin of the famed William Attewell, a small-time cricketer called Walter Attewell. So much for Cardus rooming with and wading through the reminiscences of his dear ‘William’, famous for his exploits in Australia and his international cap.

Far from enjoying a glorious career with Nottinghamshire, Walter Attewell appeared for the county only once, in a match against Surrey at Trent Bridge in 1891. He bagged a pair and bowled 4 overs without a wicket. Incidentally, William Attewell also played in that same match and scored a useful 24 in the first innings and bagged 5 wickets.

Having come a cropper in his only outing for Nottinghamshire, Walter Attewell went abroad. Not to Australia, but to North America. He became a wandering coach who worked in Philadelphia, and played four First-Class matches in United States in 1894. So much for his All-England days and international cap, Australian journeys and the rest of it.

It was Walter who coached Shrewsbury School from 1906 to 1912, after which he was replaced by Ted Wainwright. Of course Cardus later ‘extracted memories’ about matches that never took place from Wainwright as well, taking due care to publish those pieces after Waingwright’s death.

As for Walter Attewell, he passed away in 1919. In 1994, Wisden published his deferred obituary with the words, “ATTEWELL, WALTER, who died on February 3, 1919, aged 54, played one match for Nottinghamshire in 1891 but was better known as a wandering coach who worked in Philadelphia in the 1890s and, from 1906 to 1912, at Shrewsbury School where he was assisted by Neville Cardus. However, in his Autobiography Cardus appears to confuse Attewell with his more famous cousin William.”

Confusion? I have reservations about that conclusion.

It was just Cardus’s way of spinning a delightful yarn in days when looking up records was too difficult.

Is it a coincidence that his first recollections of William Attewell and his stint with Cardus in the quaint school were published in Summer Game in 1929? After all Walter died in 1919 and William in 1927, so none of them could deny any of the delightful stories, considering that they could extract the meaning of it all with their rustic backgrounds from the intricate Cardusian prose.

Incidentally, Summer Game also had that bit of fiction about Wainwright deploring the Ranji-Fry stands at Hove against Yorkshire. This man, who replaced Walter Attewell at Shrewsbury, passed away in 1919 as well.

Oh, well. That’s Cardus for you. With his plume dipped in the ink of Seshat, Seraphis and Sia, and all of the Muses, he was equipped to take generations for a ride. And he took due care to deploy his pen with a flourish after checking the death records. Those seem to be the only records he ever checked.

Arunabha Sengupta is a cricket historian. He writes about the history of cricket, with occasional statistical pieces and reflections on the modern game. He is also the author of four novels, the most recent being Sherlock Holmes and the Birth of The Ashes. He tweets @senantix
First Published on July 10, 2017 5:27 PM IST
Last updated on July 11, 2017 3:39 PM IST
TOPICS:
England Mythbusters Neville Cardus Nottinghamshire Walter Attewell William Attewell 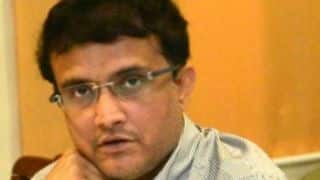