With 99 days to go, in our latest World Cup Countdown, we recall Alvin Kallicharan's scintillating 83-ball 78 against Australia.

In the build-up to the 2019 ICC Cricket World Cup, CricketCountry brings to you the most memorable moments and matches from the Cricket World Cup – right from its first edition, way back in 1975. With 99 days to go, in our latest World Cup Countdown, we recall Alvin Kallicharan‘s scintillating 83-ball 78 against Australia which included a stunning assault on Dennis Lillee.

The might of West Indies were clearly shaken by Pakistan at Birmingham before the last-wicket pair of Deryck Murray and Andy Roberts got their team out of jail.

Clive Lloyd s men needed to put up an improved performance to get their confidence back when they took on Australia at Oval in a game considered the most eagerly-awaited game since the World Cup draw was out, though the match held little significance as both sides had sealed their semi-final berths.

And the Birmingham hiccup seemed to have little impact on the Windies after Lloyd won the toss and inserted Australia in.

The Australian top order cut a sorry figure in against the West Indian pacers. At one stage they looked in danger of being bowled out for a sub-hundred total, but fighting half-centuries from Ross Edwards (58) and Rod Marsh (52*) took them to a total of 192 in 53.4 overs, giving their bowlers something to bowl at.

The West Indian response suffered a blow with the early exit of Gordon Greenidge. The diminutive Kallicharran walked out to the middle with the dash of someone who was ready to take on the opposition bowlers head-on. Kalli launched an incredible assault on the Australian fast bowlers.

The Oval crowd, particularly the section of the West Indian supporters, were treated to audacious hitting by the left-hander. Kalli turned the 193-run chase into a no-contest.

He was particularly severe on Dennis Lillee smacking him for seven fours and one six the stunning sequence reading 4, 4, 4, 4, 4, 1, 4, 6, 0, 4 – collect 35 runs in 10 balls! Never before and never since the legendary Lillee was treated by any batsman in world cricket the way Kalli did that day. It was unbelievable stuff!

All this while, we had only heard of Lillee spelling destruction for the opposition batsmen, but the roles were reversed for a change. Lillee ended up conceding 66 runs in his 10 overs.

Kallicharran s pyrotechnics was part of an exhilarating 124-run second-wicket stand with Roy Fredericks which ensured that only the winning formalities were to be completed when his destructive 83-ball 78 – punctuated with 14 fours and one six – came to an end.

It must have been of little consolation for Lillee to see Kallicharran get out to him off a mistimed pull. His dismissal left West Indies with just 40 runs to win, which they duly accomplished, reaching 195 for three off 46 overs. Fittingly, Kallicharran was named Man of the Match. 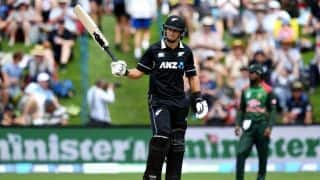 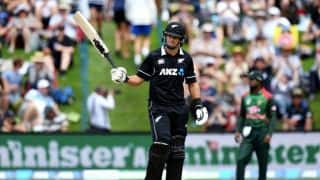