Australia s last defeat in a World Cup knockout match was in 1996 when they lost to Sri Lanka in the tournament final...

Australia s last defeat in a World Cup knockout match was in 1996 when they lost to Sri Lanka in the tournament final. Champions in 1999, 2003 and 2007, they were up against hosts India in the quarter-final of the 2011 edition. They were shocked by Pakistan in their last Group game but prior to that had beaten New Zealand, Zimbabwe, Kenya and Canada.

The glorious likes of Adam Gilchrist, Matthew Hayden and Glenn McGrath had called it a day by then. They weren t the force of 2000s but still good enough to win world tournaments. Just over a year back, they had won the 2009 Champions Trophy in South Africa.

India beat Bangladesh, Ireland, Netherlands, West Indies and tied against England. Their only defeat came in the hands of South Africa. No doubt, India were the favourites in favourable conditions but this was Australia

Ahmedabad was set for the tense proceedings. A jam-packed stadium added to the jitters. This was India s toughest challenge in the tournament and they had lost their previous four ODIs at Ahmedabad. Worse, India s last win against Australia in World Cup came in 1987 and what followed were defeats in 1992, 1996, 1999, and twice in 2003.

March 23rd, 2003. Till then, joys of Indian fans knew no bound. Sourav Ganguly s men marched to the World Cup final at Johannesburg. They had played brilliant cricket and a billion dreamt of the trophy returning home. However, the grandest stage caught them off guard as Ricky Ponting bludgeoned his way to the most coveted gold.

Eight years and a day on, here was the final ahead of the final. This was the first time the teams met in the tournament after 2003. Media hyped it as the revenge game and that added to the pressure.

Australia elected to bat rekindling the horrors of 2003. 359 again? the most common gripped the minds of Indian fans. Much to their relief, there was no 15-run over to start with. MS Dhoni had opened with off-spinner Ravichandran Ashwin, who just gave three away.

Indians bowled with good discipline and denied the Aussies a flyer in the first Powerplay, eventually in the last ball of it; Ashwin got the prized scalp of the dangerous Shane Watson.

India s old nemeses Ponting walked out. This was his fifth World Cup. He had played four finals, featured in three winning teams and captained in two wins. He wasn t going to give in. Off-spin was never his comfort zone and India were playing two and that included his archenemy Harbhajan Singh.

In 2003 final, Ponting had taken 74 balls to reach fifty in the 39th over and eventually ended with a 121-ball 140*. Alarmingly, this time the fifty came in seven balls less and in the 31st over. But there was no apt partner for Ponting like Damien Martyn.

Yuvraj Singh had had a dream World Cup. He struck with the ball, sending back Brad Haddin and Michael Clarke. Zaheer Khan s mystery knuckle-slower ball sent back the dangerous Michael Hussey.

From 110 for one in the 23rd over, the defending champions were reduced to 150 for five in 34th over. At one end Ponting kept going, while wickets tumbled at the other. David Hussey joined his captain in a crucial partnership as in the 47th over, Ponting reached to his 30th ODI hundred.

The Australian innings ended at 260 for 6, which meant Indians had to chase 99 runs lesser than what they did in 2003 final. The Motera wicket wasn t as true as it was at The Wanderers. Australia were still 20 runs short.

Virender Sehwag had made it a habit to hit every first ball of Indian innings to the boundary. Brett Lee had denied him that. But Sachin Tendulkar made amends for his partner. Tendulkar faced his first ball from Shaun Tait and thwacked it through point for four.

The wicket was slow but Indians were off to a cautious start. With Sehwag and Tendulkar at the crease, the runs still kept coming. Watson dismissed Sehwag at the team score of 44.

Tendulkar carried on with the same dexterity. He greeted Mitchell Johnson into the 12th over with a splendid whip through midwicket for a boundary. The following ball was smartly guided past point for another four.

Tendulkar s gameplay and especially those two strokes assured that his third ton of this World Cup wasn t too far, and it would have been the 100th in international cricket. Ironically, that had to wait for another year.

Tendulkar brought up his fifty and Gautam Gambhir gave him very good support.

Just when it looked that India were cruising towards a win, Tendulkar nicked to Haddin off Tait. At 94 for 2 inthe 19th over, Virat Kohli joined Gambhir. The Delhi duo added 49 before Kohli hit straight to Clarke off a David Hussey full toss.

Pandemonium ensued as India pressed the panic button and geared up for self-destruction.

Gambhir tried to run himself out three times and was successful on the final attempt. However, he was fuming at his partner, Yuvraj, at the other end.

He told Gambhir that he is not Sehwag and can’t run like that!

Dhoni s World Cup average at that point read 24.5 and he did little to boost it. He fell to Lee for 7, leaving India in lurch. The equation read 74 off 75 balls. Suresh Raina, who had earlier lost his place to Yusuf Pathan, came into join Yuvraj and there was a long tail to follow

The pressure was further mounting. India needed 72 runs off 67 balls when Yuvraj spanked Tait for a stunning boundary over backward point. Lee was plundered for 15 in the next over. Raina, not the best against short-pitched stuff, anticipated a short one from Lee and pulled it for four. Yuvraj would hit him for two more.

Tait leaked 13 runs off the next over. 41 off nine overs wasn t going to be tough.

Yuvraj, in the 48th over, rocketed one through cover to set India s date with Pakistan at Mohali in the semi-final.

Mid-pitch, arms aloft, Yuvraj kneeled down on the turf, waving his bat in a flurry of emotions.

First time in Ponting s career, he would not play a World Cup final and this win guaranteed that for the first time since 1999, there will be a new world champion.

Yuvraj attended the press conference to a standing round of ovation.

For the first time in my life there have been claps in a press conference, Yuvraj said.

On April 2, India would beat Sri Lanka to lift the World Cup, and Yuvraj, the Player of the Tournament Trophy. Later that year, shock would await the cricket fraternity with the revelation that Yuvraj played the tournament while battling cancer. 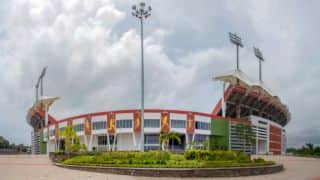 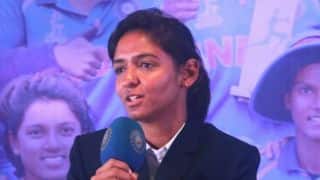