Yuvraj Singh doesn’t look like a player oozing with confidence in the ICC World T20 2014.

Yuvraj Singh has been an asset for India in major tournaments, but his lack of self-confidence has rendered him powerless in the ongoing ICC World T20 2014, writes Karthik Parimal.

“Confidence is the most important single factor in this game, and no matter how great your natural talent, there is only one way to obtain and sustain it: work” — Jack Nicklaus.

The quote emanated from one of the most accomplished professional golfers to have graced the sport. Indisputably, it holds true for all sport, as it does in every facet of life. In cricket, too, a plethora of examples spring to mind. How often have we seen the most technically adept of batsmen falter and fall, whereas the relatively lesser skilled teammate grabs the opponent by the throat and nonchalantly unfurls the finishing blow, primarily because, in stark contrast to the former, he’s brimming with confidence? Every tournament, if not every game, will present an aforementioned case.

Twenty20 is a format that rarely exposes a player’s deficiencies. It’s not a cliché when experts say the course of a match can dramatically change based on the outcome of a single over. Unlike Test cricket, it only needs one batsman, bowler or a fielder to be exceptional on a given day or night. Whilst Tests require seven or eight players in a team to have a decent game in order to script a win, T20 allows the luxury of carrying the under-performers. The veneering seldom pinches, as is evidenced by India’s dominant victories in the first two games of the ongoing ICC World T20 2014, etched despite insipid returns by some of its players, notably Yuvraj Singh.

To question Yuvraj’s credentials as a batsman would be naive. Enough pundits have written of his natural stroke-making ability, and umpteen videos of some of his finest knocks, housed on YouTube, reveal elegance of the type that words fail to do justice to. He’s savoured little delight in white flannels, but his unbridled exuberance and quality has been hard to neglect in the shorter formats of the game. Despite his dwindling fitness during the ICC World Cup 2011, owing to a rare germ cell cancer, he was India’s chief architect.

He was bowled for a nought during the semi-final of that tournament, against Pakistan, when a swinging ball, seemingly unplayable, delivered at over 146 kph by Wahab Riaz’s proficient left-arm hit the base of the stumps on full before inevitably clattering the timber.

During the 2014 World T20, against the same opposition, he was bowled for one, this time by the relatively inexperienced Bilawal Bhatti.

In the first case, one knew the setback was momentary, not just because his previous scores mirrored his admirable form, but for his body language soon after the dismissal reflected the fact that it was just a bump and not a slippery slope. He could pick himself up for the next fixture.

The second case suggests a serious conundrum, possibly leading to the selectors wielding their axe in the near future if the issue isn’t address right away. Not only was Bhatti 10 kph slower than Riaz, the ball was pitched well up for Yuvraj to execute a straight drive — a shot, when demonstrated by the southpaw’s willow, belongs in the realm of splendour despite the incomplete follow-through. The juncture of the game was far from threatening, too. Nonetheless, Yuvraj was clueless as the cross-bat was on its way down, and the ball duly rattled the stumps behind him. On this count, the diffidence on his walk back to the pavilion was hard to miss.

As guesstimated, Yuvraj buckled in the following game against West Indies, his painstaking 10 off 19 in a match that was as good as won by the time he walked in shedding light on his almost non-existent self-confidence. You can blame the low lights at the Bangladeshi venues all you want for dropped catches, but in Yuvraj’s case, you can sense it isn’t that unambiguous, and that it perhaps echoes his self-belief, or the lack of it. A fielder of Yuvraj’s calibre seldom grasses straightforward chances, lights notwithstanding (he had the anti-glare glasses on, too). It filters down to one word: confidence.

Mahendra Singh Dhoni, one of Yuvraj’s most vocal supporters, too had to concede that his player was “not in great touch at the moment”, though he did add that “it takes one or two matches [for Yuvraj to strike form]. Probably, he will get back into flow as we know how good a match-winner he is.” But how long will they persist for, since there is no dearth of a replacement? Will India refrain from making changes to the squad, a strategy it often employs in major tournaments? This will offer Yuvraj a breather, albeit a tiny one, but for someone who’s clutching at straws at the moment, it’s equivalent to gold dust.

Yuvraj’s ability is well-chronicled. It’s the nonphysical side of the game that needs introspection, but for a person who has fought and conquered the biggest battle of his life, you expect him to overcome this onerous phase, too.  Time, however, is limited. “Mental toughness is to physical as four is to one,” said Bobby Knight, the former successful American basketball coach. One hopes Yuvraj emerges stronger in that department, again, as only he can, for he’s not finished as yet. 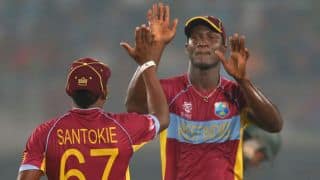 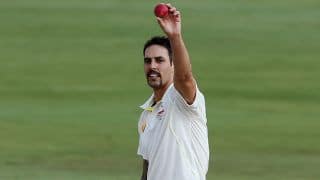