The 24-year-old Mane fired six under 66 to take his overall score to eighth under 136.

Indian golfer Udayan Mane shared the third position after the second round in the individual event of the 17th Asian Games at the Dream Park Country Club on Friday.

The 24-year-old Mane fired six under 66 to take his overall score to eighth under 136. Starting the day at the ninth position, Mane rode on seven birdies on first, fourth, sixth, 12th, 14th, 16th and 17th holes against lone bogey on 10th to be joint third with Chinese Taipei’s An Chun Yu, who scored an equally impressive 66 to go with his first round a score of 70.

Mane’s team mate Manu Gandas carded three under 69 to add to his first round score of 71 to finish joint eighth with Japan’s Kenta Konishi. Other Indians in the fray, Feroz Garewal dropped 12 place to take joint 21st position as he carded 73 to take his total to 143 – one point more than his compatriot Samarth Dwivedi.

In the team competition, India have been placed fifth with an overall score of 419, which does not include lowest placed Indian Dwivedi’s scores. In the women’s team competition, the Indian trio of Gurbani Singh (147), Aditi Ashok (153) and Astha Madan (154) with a combined score of 297, have been placed eighth with two rounds to go. In the individual event, Gurbani, Aditi and Astha, have finished at 15th, 22nd and 23rd, respectively. 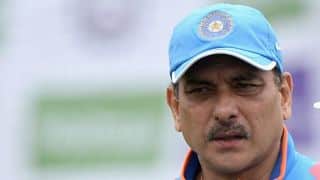 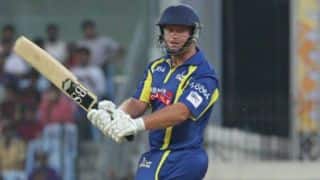