Boxer Satish Kumar Tuesday reached the semi-finals, assuring India a medal in the super-heavy weight category (+91kg), after winning his quarter-final bout in the 17th Asian Games at the Seonhak Gymnasium here. He beat Jordan’s Hussein Eishaish 2-1 by a split decision.

He got a cumulative 28-29 verdict from Uzbekistan’s Judge A and favourable vedicts from Cuba’s Judge B and Philippines’ Judge C, both giving 29-28 judgment to the Indian after completion of three rounds. He will take on Kazakhstan’s Ivan Dycho in the last four match Thursday.

Earlier, Shiva Thapa lost his quarter-final bout of the bantamweight (56kg) category, going down to Philippines’ Mazrio Fernandez 0-3 by a unanimous judges’ decision. He got a 27-30 verdict from Tunisian Judge A, 28-29 from Belarusian Judge B and 27-30 from South Korea’s Judge C. 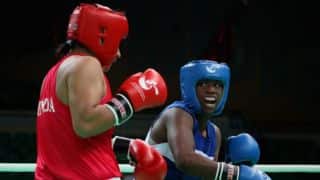 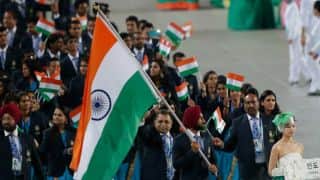