A popular website in India that offers both cricket betting and casino games is 10Cric.com

It is the 21st century and nothing is the way it used to be. Women, who used to be underestimated for ages, are now taking an active role in the gaming industry. They not only see it as entertainment, but also pursue professional careers as streamers or game developers. And some take it to a completely new and beat men at their ‘own’ turf.

Realm of Men No Longer Exists as Such

Gaming, gambling, betting, casinos, poker – all those words evoke the images of young males indulging in activities designed and best suited for them. These stereotypical expectations, however, are proven quite wrong by recent data. According to the 2021 India report on mobile gaming by InMobi, desi women account for 43 per cent of the total sector audience in Bharat, with 28 per cent of all female players being above the age of 45.

Women between 25 and 44 years of age account for 12 per cent, and this means that 60 per cent of all desi female mobile players are aged 24 years or less. Thus, the near future of mobile gaming will be largely shaped by women.

Women’s Touch Gets Quite Visible

The presence of women in gaming is getting more and more prominent in all possible roles not just as gamers, but also streamers, influencers, game developers or even entrepreneurs. Famous game stars have emerged like Sunita Thapa Magar (Sooneeta) who already has around 4.1 million subscribers on Youtube and is rapidly rising. Other popular gamers include Girlaxy India’s founder Vidushi Singh “Mogambo” Suryavanshi, Mudra Roy (thewallflower), Shagufta Iqbal – Xyaa (266 thousand Youtube subscribers), Manasvi Dalvi Manasvivi (57.5 thousand Youtube subscribers), and many others.

Female influence on the gaming industry is quite visible as well. On the one hand there is an increasing demand for women themed designs, graphics and lead characters, on the other hand women game developers are continuously redesigning existing games and creating new ones elaborating new art styles and graphics specifically targeted for the female taste. A popular website in India that offers both cricket betting and casino games is 10Cric.com

As seen from data analyzed in a recent ENV Media report, the Indian mobile games sector is expected to reach a total revenue of $ 3.8 billion by the end of 2021. An annual growth of 13 per cent is projected until 2025 and the average revenue per user is estimated to reach $ 21.91.

There has been a wave of newly established Indian gaming studios and tech startups, their number exceeding 400 as of 2020. While some are experienced providers for foreign businesses, many are fresh creations on the expanding market.

Both groups will focus on answering the increasing demand for high-quality localized content featuring favorite desi genres and also corresponding themes, graphics, and language support. They will also be able to address the special demands of the large groups of female users on the Subcontinent.

Women Aim for the Top in Offline Gambling As Well

The advance of female gamblers is not limited to the realm of online casino and game platforms. One of the best examples is set by poker a game that has for ages been linked to men with a rather dubious reputation. Then, after a decade of practice, the Superwoman of Indian poker, as Delhi based Nikita Luther is popularly known, proved these stereotypes all wrong.

In June 2018, Nikita became the first desi woman who claimed a gold bracelet at The World Series of Poker (WSOP) event in Las Vegas, USA and she led the Global Poker Index for Indian women in 2020. She not only proved that women have an equal place in the field, but her consistency served to show that poker is a sport that requires skill, and not a mere game of chance.

The math nerd Nikita Luther admits she was attracted to poker by the intellectual challenge she found in it. In the beginning, she took it as a hobby, and never imagined this could become a profession. Now she has defeated thousands of opponents and we can be sure that there will be more women like her to stand up and fight against stereotypes.

(Disclaimer: This is a brand content and CricketCountry has not edited the copy) 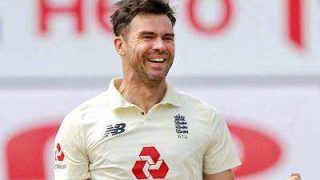 IND vs ENG 2020: I don't Think India Can Have Any Complaints if We Leave a Bit of Grass, Says James Anderson