Although Chanderpaul is known to be a dodgy batsman, he could also pack a punch and may have materialised into a good option for them in the years ahead.

The Indian Premier League (IPL) has featured international stars from various countries. In its eight-year long history, there are many players who made fleeting appearances in the tournament.

Nishad Pai Vaidya picks 11 international stars who not many remember played in the IPL:

Darren Lehmann would be more remembered for his stint as Deccan Chargers coach than as a player in the IPL. The former Australia batsman turned up for the Rajasthan Royals for a couple of matches in the first season while Graeme Smith was away.

Damien Martyn hung up his boots from international cricket in late 2006. He had then been a part of the Indian Cricket League (ICL). In 2010, he was surprisingly picked by the Rajasthan Royals and played a game for them.

Brad Haddin’s first foray into the IPL was with the Kolkata Knight Riders in 2011. He could only play a solitary game and then never appeared in their colours. In fact, Mark Boucher replaced him that year after Haddin injured himself.

The West Indian great was picked by the Royal Challengers Bangalore in first season and could only play a few games. Although Chanderpaul is known to be a dodgy batsman, he could also pack a punch and may have materialised into a good option for them in the years ahead. Even past the age of 40, he is going strong.

Mohammad Ashraful was picked by the Mumbai Indians in the IPL 2009 in South Africa. The talented Bangladeshi batsman played only one game and then never appeared in the IPL again. He is currently out of the game after he admitted to match-fixing.

The Bangladesh One-Day International (ODI) captain was quite a hot property in 2009 when the Kolkata Knight Riders picked him for a huge sum of USD 600,000. However, he only played one game and infamously conceded 26 runs off the last over against Deccan Chargers to hand them a victory.

The Zimbabwean left-arm spinner was called up by Mumbai Indians in 2011 and got only one game. Known for his accuracy and the ability to restrict the flow of runs, Price was a handy one-day bowler.

The Chennai Super Kings added Justin Kemp to their armoury in 2010 and he played a few games for them. Given their overseas strength, Kemp was always going to find it difficult to find a permanent spot in the side.

In the first season, Deccan Chargers had the best side on paper, yet performer poorly. One of their international recruits was Nuwan Zoysa, the Sri Lankan left-arm seamer. He appeared in only three matches for them in the first season.

Fidel Edwards was a part of the Deccan Chargers side in 2009 and played six matches for them. He could not maintain his spot in the long-run and that remains his only appearance for them.

The West Indian quick made a brief appearance in the IPL in 2011 when he played for the Pune Warriors India. This came in the midst of his international wilderness, as he spent four years away from the West Indies team. 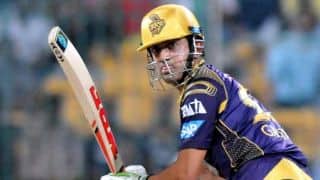 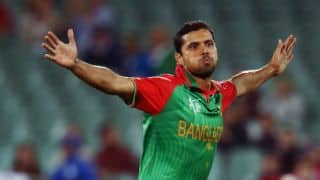