Ravichandran Ashwin made his debut after he performed well in IPL 2010, but was a part of the Indian squad before that tournament.

The Indian Premier League (IPL) has been a huge boon for domestic players, who get a chance to share the same dressing room with international stalwarts and get the opportunity to make a strong impression to catch the eye of the national selectors. Nishad Pai Vaidya picks 13 Indian players whose impressive performances in the IPL resulted in India selections.

Although Yusuf Pathan had made his international debut in the final of the ICC World T20 2007 in South Africa, it was his IPL 2008 performance that put him on the selector’s radar. Shane Warne led Rajasthan Royals to a magical triumph in the inaugural IPL and Pathan was one of the stars of the show. His fearless hitting and useful off-spinners caught eye — especially in the final against Chennai Super Kings. Yusuf could not be ignored and he was picked for the one-day tri-series in Bangladesh soon after the IPL. In 16 matches, he had smashed 435 runs with a strike-rate of 179.01.

Manpreet Gony was one of the many fast bowlers tried by India in recent times. He looked quite a good prospect given his tall frame, decent pace and ability to get bounce. In IPL 2008, he was one Chennai’s main players with a haul of 17 wickets. That helped win an India call-up soon after as S Sreesanth was injured. Gony made his One-Day International (ODI) debut during the Asia Cup and was discarded after two ordinary outings.

The Hyderabad left-arm spinner had impressed during his young days and had some good domestic performances. He had a decent outing in the IPL 2008 for the Deccan Chargers and was picked along with Gony and Pathan for the one-day assignments that followed soon after.

Abhishek Nayar had made waves with some consistent performances in domestic cricket, but his outings for the Mumbai Indians in the IPL helped him push for a spot in the Indian team. Nayar’s ability to hit the ball cleanly stood out, none more than him hitting Andrew Flintoff for three sixes in an over during the first game of the IPL 2009. He was picked for the tour to the West Indies in 2009 and played a total of three ODIs, without scoring a run or taking a wicket. Unfortunately, he hasn’t gotten more opportunities.

Murali Vijay had been in India’s Test and one-day plans since 2008. His good compact technique made him an ideal for those formats and many felt he wasn’t suited for T20. However, in 2010, he cemented his spot in the Chennai team and played with a dash that wasn’t seen before from his blade. He smashed 458 runs that season at a strike-rate of 156.84, eclipsing Matthew Hayden. Virender Sehwag had injured himself and a berth was available at the top for the ICC World T20 2010 that followed. Vijay was picked ahead of the likes of Manish Pandey and Robin Uthappa.

India have yearned for a genuine quick bowler for a long time and they found an answer in Umesh Yadav. He did not have an overly successful time in the IPL 2010 for Delhi Daredevils, but the sheer pace and ability to surprise the batsmen had the selectors interested. Thus, when Praveen Kumar hurt himself during the World T20 in the Caribbean, Yadav was called up despite not being in the probables. He then made his ODI debut during the tour to Zimbabwe.

Vinay Kumar has been one of the best players in Indian domestic cricket and was named in India’s ICC World T20 2010 probables. However, his case strengthened during the IPL 2010 as he backed up Dale Steyn well with some good performances. He finished with 16 wickets at 24.75 and went to the West Indies with a lot of confidence behind him. He has since been a regular feature in India’s one-day sides.

Rajasthan Royals unearthed another gem in 2009-10 when the wicketkeeper-batsman Naman Ojha made waves with some powerful performances. With 377 runs in the IPL 2010, India handed him a call-up during the tour to Zimbabwe in 2010. Ojha has since been on the fringes and the closest he got to selection was in 2014 when he was in great form for India A.

The leg-spinner showed great guile during the IPL 2011 as his economical bowling stood out in a tournament where batsmen plunder runs. Rahul Sharma took 16 wickets in 14 matches for the Pune Warriors India at an average of 17.06 and an astonishing economy rate of 5.46. Against a powerful Mumbai Indians batting line-up featuring Sachin Tendulkar, Kieron Pollard, Rohit Sharma and Ambati Rayudu, he recorded figures of two for seven. When England toured India later that year, Rahul was picked as a back-up for Ravichandran Ashwin. Clearly, the IPL performance had played its part.

Parvinder Awana was one of the success stories for Kings XI Punjab in IPL 2012. What stood out was his ability to bowl quick and hold his line. Working his way through the India A sides, he was then handed a T20 debut against England in late 2012. However, he seems to have lost his way since.

Mohit Sharma helped Chennai find a good Indian fast bowling bowling option when he entered the IPL 2013 with a good domestic record. In 15 matches that season, he took 20 wickets at an average of 16.30 and an economy rate of 6.43. When India toured Zimbabwe in mid-2013, Mohit was included in the side and won the Man of the Match on debut with figures of two for 26.

The lanky Akshar Patel had a great time with the Kings XI Punjab in 2014, when they went all the way to the final. The fact that he kept a bowler of Murali Kartik’s calibre out of the side speaks volumes of his performance. Akshar would fire it in was very economical with the ball. With the bat, he showed decent talent. As a result, he went on to represent India in Bangladesh soon after. He held his spot and made it through to the ICC World Cup 2015, even challenging Ravindra Jadeja a few times along the way.

The leg-spinner beat Amit Mishra in the race to be Sunrisers Hyderabad’s prime spinner in IPL 2014. Mishra had been India’s main bowler in the ICC World T20 before the IPL, but Karn was more consistent and made his way into the Indian team soon after.

Note: Ravichandran Ashwin made his debut after he performed well in IPL 2010, but was a part of the Indian squad before that tournament. Ashish Nehra made a comeback in 2009 after a great IPL, but since he was a regular a few years ago, he doesn’t qualify. 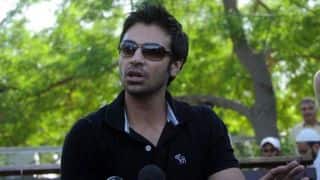 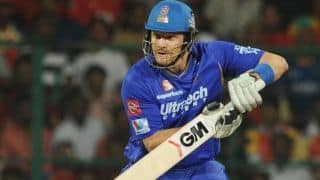