Adam Bacher represented South Africa in cricket in the Jewish Olympics, and won them gold in 2005 and 2009.

Born October 29, 1973, Adam Bacher, nephew of Dr Ali Bacher, was a competitive cricketer at domestic level but failed to realise his potential at the international stage. Nevertheless, he has some feats only a few cricketers across the world can boast of. Rishad D’Souza lists some of his highs and lows on his 42nd birthday.

1. Spectacular catch of Sachin Tendulkar: Google for Adam Bacher; in the first few links you will find a mention the catch of the Indian batting maestro in the 1996-97 Test series, and for good reason, too. Tendulkar was at his fluent best, having added a dominating partnership with Mohammad Azharuddin. The great man was batting at 169 after India were 5 for 58 at one stage in response to South Africa’s 529. Had it not been for Bacher’s spectacular one-handed catch at the deep square-leg boundary off Tendulkar’s confident pull, Sachin would have most likely reached his double ton and beyond. South Africa went on to win the Test. Although Bacher did not contribute heavily with the bat, that catch can’t be undermined.

2. Flying start in first full domestic season: Bacher played his first First-Class game for Transvaal B in the 1993-94 season but he played just two games and tasted no success. But he returned next year with a bang. In the 5 games he played in 1994-95 he scored 423 runs at an average of 47.

3. Lull in the next season: In his own words, Bacher was under added pressure to perform in the next season after his failure in the previous season. In the 10 games in the 1995-96 (including two against the touring Zimbabwe A), Bacher averaged a mere 29.

4. Poor show in international cricket: Bacher bounced back in the domestic circuit the following season and was roped into the South African side to play Tests against India. His showing at the international level was not, however, reflective of his potential. In the 19 Tests he played, he managed to score just 833 runs at an average of 26 with a high score of 96. His fate in One-Day Internationals (ODIs) was worse: in 13 matches he managed a mere 270 runs at an average of 20.76.

5. One of the rare Jewish cricketers: Adam Bacher is one of the rare international cricketers from the Jewish religion. Others include his uncle Ali Bacher, Dennis Gamsy, Julien Wiener, Mandy Yachad, Fred Susskind and arguably former fearsome England fast bowler Fred Trueman who once said he was happy to be called Jewish on account of his maternal lineage.

6. Jewish Olympics gold medallist: This is a highly obscure detail on many counts. To start with, not many are aware of the existence of Jewish Olympics which are called the Maccabiah games. What is more bizarre, cricket is a part of the sport. The oddities notwithstanding, Bacher represented South Africa in cricket, and won them gold in 2005 and 2009. 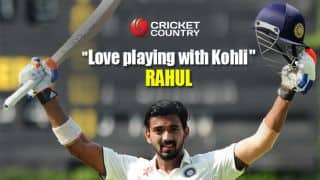