In a reply to James, Morgan took to Twitter and congratulated him. “That’s very cool. Congratulations,” Morgan tweeted.

Morgan is the only English captain who has won the ODI World Cup for England in history. England came out triumphant in the recently concluded tournament. (ALSO READ: World Cup hero Jason Roy set to make Test debut against Ireland)

England defeated New Zealand in a thrilling ICC World Cup 2019 final on the basis of boundary countback rule as the two teams could not be separated despite the 50-over match and subsequent super over. 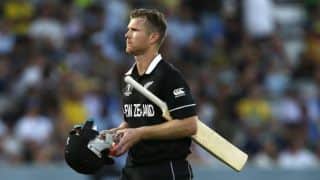