With speculation rife about whether MSD or Mahi will hang up his boots after the recent World Cup semifinal, politics appears to be the new frontier for Captain Cool.

Paswan told IANS Hindi that Dhoni has been in discussion with the part for a while now. “On this issue, there has been a discussion for long, although this decision will be taken only after his retirement,” he said.

“Dhoni is my friend, he is a player of world fame and there have been discussions on bringing him into the party fold,” he further added.  ALSO READ: Gautam Gambhir joins BJP: A list of cricketers who entered politics

While rumors of Dhoni announcing retirement after India were knocked out of the ongoing 2019 ICC Cricket World Cup, has picked up steam, this new development adds more intrigue to when will Dhoni finally announce his retirement. Dhoni is unlikely to feature in India’s next international series against West Indies, starting later this month.

Dhoni was one of the celebrities whom BJP chief Amit Shah visited in his “Sampark for Samarthan” programme ahead of Lok Sabha elections. However, BJP leaders from Jharkhand, the state Dhoni belongs to are coy over the matter, one leader under conditions of anonymity told the news agency that Dhoni has been in talking terms with many leaders in the party and if he decides to join the party, it will not be a big surprise.

The elections in Dhoni’s home state Jharkhand are scheduled to take place later this year. It is believed that Dhoni may even be the chief ministerial face of the BJP in the coming Jharkhand polls. 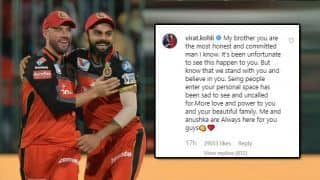