An all-time great of short-statured giants.

It is said that good things come in small packages. And one look at the galaxy below will emphatically prove why. H Natarajan goes down fantasy lane to pick an all-time great of short-statured giants.

The Little Master stood just 5′ 4“ in his socks, but towered over the rest of the batsmen of his era when it came to taking on quality and sustained pace attacks. He held every batting record that mattered including most Test runs and most Test hundreds when he retired. It was his wicket that teams wanted most. His inclusion in this team was never a matter of debate.

The choice who will open the innings with Gavaskar was whittled down to two: Hanif Mohammad (5′, 3″) and David Warner (5′, 6″). There was the temptation to have one attacking opener and pick Warner, but in the final analysis I went with the maestro from Pakistan. With Gavaskar and Hanif opening the innings, two players who could bat on and on and on with immense concentration, opposition could be a frustrated lot by the time they could break through. The foundation laid by the two Little Masters would just be the kind of platform needed for the flamboyant stroke-makers to follow.

Getting one of the openers out is only an invitation for heightened misery as the man taking the pivotal No 3 spot is the greatest of them all The Don. At 5′, 7″, Bradman is the tallest in the line-up. But in terms of stature, he dwarfs every batsman past and present in the game. He is also the undisputed leader of the pack.

Spare a thought for the bowlers! The thought of Bradman at one end and Sachin Tendulkar (5′, 4.5″) at the other is the worst possible news for any bowler in any era. The jugalbandi is quite surreal. It will be like watching Bach and Beethoven in symphony!

What a sequence it would have been to have Bradman, Tendulkar and Brian Lara! But at 5′, 8″, the Trinidadian missed out by being an inch taller! Alvin Kallicharran thus takes his the line-up the first left-hander in the order. Just 5′, 4″ tall, he was a marvel in full flow. In this mood, he was unstoppable, as Dennis Lillee found out in the 1975 World Cup when Kallicharran plundered 35 runs in 10 balls off the Aussie paceman.

Gavaskar and Hanif bring robotic precision to the line-up; Bradman and Tendulkar bring the kind of excellence that is beyond the comprehension of mere mortals, while Kallicharran provides explosive ammunition. What the team needed is an artist. And there was no one better than Gundappa Viswanath an artist par excellence. It’s not easy for some who stood 5′, 3″ to look graceful. But Vishy used the willow like a paint brush one moment and a magician’s wand in another instance. And with Kalli and Vishy at No 5 and No 6, the new ball will never be a threat.

The job of keeping wickets demands a short-statured person. The history of the game has many who fitted the bill. The most notable among the shorties are Walter ‘Tich’ Cornford (5′), David Williams (5′ 4″), Tatendu Taibu (5′ 5″), Parthiv Patel (5′ 3″), Mushfiqur Rehman (5′, 3″) and the extremely short Kruger van Wyk (4′ 8″). But when it came to proven excellence behind and in front of the wickets over long period, the 5′, 4″ Syed Kirmani was a clear winner for the No 7 slot in the order.

At 5′ 6.912″, Ajit Agarkar just about ensured that he did not miss making the cut. Agarkar takes the first of the two fast bowlers’ slot. What gave him the edge over the others is his ability with the bat he has a Test hundred to his credit and a powerful throwing arm from the deep.

At 5′, 4.5, another Indian takes a fast bowling slot. Chetan was nippy for his height, but what got him the nod ahead of Ramakant ‘Tiny’ Desai (5′, 4″) was the value he got as a batsman lower down the order, which was good enough to get him a One-Day International hundred and a Test half-century. Desai scored 85 in Tests, but his overall Test batting average was way lower than Chetan’s. Another who was considered was the Fidel Edwards, who stands a shade under 5′, 5″. But while Edwards was quick, his overall bowling average in Tests is worse than the Chetan and Desai even more so with the bat.

Standing 5′, 2′, ‘Tich’ Freeman was considered a wizard with his leg-breaks and googlies that fetched him 66 wickets in 12 Tests at 25.86. Though Rangana Herath (5′ 5″) staked strong claims for a place in the eleven as a match-winning left-arm spinner, Freeman’s superior strike-rate and iconic position in cricket history got him the nod.

The off-spinner did not play his first Test till he was 32. But in the five years since, the controversial Saeed Ajmal (5′, 4″) has bamboozled batsmen around the world with his doosra and assortment of tricks that has given him 169 wickets thus far at an average of 27.46. Nine five-for and as many four-fors speaks volumes of Ajmal’s destructive abilities.

Cricketer who was a Prisoner of War in India 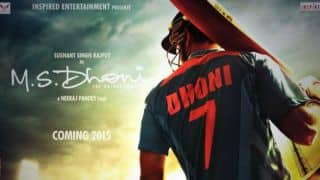