Former India Hockey players Gagan Ajit Singh and Rajpal Singh, now a part of Punjab police, will be looking after the security during the World T20 matches.

They once made India proud on the hockey field, wielding a hockey stick in their hands, scoring goals and winning matches for the country. And now, in a new role, they will be on special police duty and look after the security during the ICC World T20 matches at the Punjab Cricket Association (PCA) in Mohali as Punjab police cops. They are none other than Gagan Ajit Singh and Rajpal Singh, former India hockey players.

Gagan Ajit, now 35, is posted as Superintendent of Police (SP), Mohali City, while his colleague and former captain of the Indian hockey team Rajpal, 32, is the Deputy SP (Traffic) of the city. While Gagan Ajit, son of renowned Indian hockey player Ajit Pal Singh, made over 200 appearances for the country, Rajpal — an Arjuna Awardee — played 147 games for India. The two of them, now a part of Punjab police, will be looking after the security during the World T20 matches, according to a PTI report.

Talking to PTI, Gagan Ajit told, “It’s always an honour to don the uniform. First we were serving country as sportsperson, now we are serving the nation through the police force. I joined the police force in 2007. Doing duty in uniform is always a special feeling. We are focusing on security of players, of public, managing gates where there has to be proper checking.”

He further informed that there are many other sportspersons, who had joined the police department. “There are a lot of Olympians and Arjun awardees. Besides Rajpal and me, there is Baljit Dhillon, Jugraj Singh, then there is Kamalpreet, Tejbir, so we have lot of officers with sports background,” he said.

For Rajpal, only the colour of the uniform has changed, as he says there is hardly any difference in duties — first as a hockey captain now as a cop as both involves serving the nation. “I can say one thing that only the colour of uniform has changed. First we used to turn out for our country wearing blues and now we are dressed in the khakis. But job remains the same, which is to serve the nation. The spirit remains the same, only field has changed.”

They also informed that since Pakistan will be playing in the city, special security measures will be taken. Relishing the new challenge, the duo hopes that everything goes on smoothly. 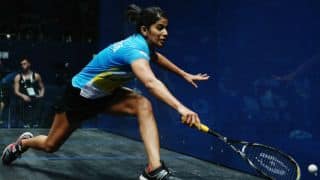