You will surely like this picture if you are a fan of both cricket and the super successful Hollywood franchise Avengers.

You will surely like this picture if you are a fan of both cricket and the super successful Hollywood franchise Avengers.  Moreover, if you an ardent fan of Indian Premier League’s (IPL) star-studded side Royal Challengers Bangalore (RCB), you are more likely to associate with it. Virat Kohli-led RCB reached the finals of IPL 2016 but lost to Sunrisers Hyderabad (SRH). The loss broke many fans’ hearts as it was their third loss in the IPL finals. Also Read: Look who called Chris Gayle ‘UNCLE’!

The whole season was dominated by Kohli’s batting, which was well supported by Chris Gayle and AB de Villiers. From the bowling department, Kohli was getting huge amount of support from leggie Yuzvendra Chahal as he went on to take 21 wickets in 13 matches he played this season. Also Read: Chris Gayle launches his book ‘Six Machine’

Many RCB fans gave these players the status of superheroes and recently, Chahal posted a picture from his official Instagram account where Gayle is seen as Hulk, Kohli as Captain America, de Villiers as Iron Man and most surprisingly, Chahal as Spider Man as all know what he does with the help of his spin web. 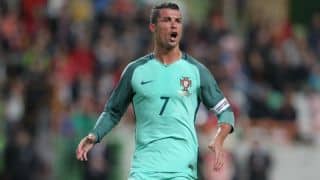