Independence Day 2018: With the nation celebrating its 72nd Independence day today, several current and former India cricketers have taken to the social media to convey their wishes

With the nation celebrating its 72nd Independence day today, several current and former India cricketers have taken to the social media to convey their wishes. From legendary Sachin Tendulkar to Shikhar Dhawan, cricketers, everyone is taking some time out of their busy schedule to mark the occasion and wish their fellow countryman.

Tendulkar linked the existence of Indian cricket team to the sacrifice of ‘brave freedom fighters’ and called on everyone to not take this freedom for granted.

Everything in life is hard-earned. Just like our independence. Among countless other things, there would have been no Team India if not for the sacrifice of our brave freedom fighters. Let us not take that freedom for granted. #HappyIndependenceDay pic.twitter.com/RYrveJ9P7y

Yuvraj Singh posted a video in which he spoke about the India’s army men responsible for keeping us safe, asking citizens to spread love.

A grand salute to our freedom fighters and martyrs for all their sacrifices.

Like Tendulkar, Suresh Raina saluted the sacrifice of freedom fighters and urged Indians to pay back the debt we owe to the hero’s responsible for our freedom with “humanity, hard work & sweat.”

We are free, we are independent, It s the sacrifices of our hero s which made us ascendant. Those sacrfices are not to forget, not to abet, I urge each Indian to pay their debt with humanity, hard work & sweat. Salute to my immortal India #HappyIndependenceDay Suresh Raina (@ImRaina) August 15, 2018

Here’s how others conveyed their wishes

Mera Bharat Mahan! Let s cherish our freedom and hold a special place in our hearts for those who laid their lives down for us to see this day. Jai hind #HappyIndependenceDay pic.twitter.com/rmT958DqlA

On this day, let us remember and salute our brave freedom fighters who sacrificed their lives for our country and our armed forces who risk their lives everyday to keep our borders safe. Wishing all Indians a very #HappyIndependenceDay2018. Jai Hind! Vande Mataram! pic.twitter.com/uoEw9xGcI0

Our contribution towards a progressive country is what makes the difference. Let s all be together in this journey. #IndependenceDayIndia

I bow down to all those who

laid down their lives so that we can celebrate this day.

Wishing every Indian across the globe, a very #HappyIndependenceDay! pic.twitter.com/E6gz570mJF

Independence is a duty, duty towards the nation. As citizens of this proud country let’s make our best contribution and add to its glory. Happy Independence Day. #ProudIndian pic.twitter.com/GDzK7ZX625 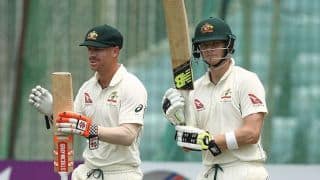 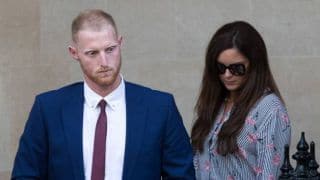