Rajasthan Royals (RR) managed to find a place in the play-offs of the Indian Premier League (IPL) by beating Kolkata Knight Riders (KKR) by nine runs and ending their run in the tournament.

RR won the toss and elected to bat first, their openers took on KKR’s bowling attack as they launched an assault with their attacking approach. They gave RR a dream start in a decisive match. Shane Watson played a game changing innings and remained unbeaten on 104 off just 59 deliveries. He cleared the big boundaries with ease and arguably rediscovered his attacking mojo with the bat. RR posted a gigantic total of 199 in their 20 overs.

KKR lost two early wickets of their openers while chasing down the target. Gautam Gambhir floundered against the short ball in the very first over of KKR’s innings. Manish Pandey and Yusuf Pathan kept them in the chase and later Andre Russell chipped in with a blazing 37 from just 20 balls but failed to carry his team over the line. Yusuf and Russell were looking comfortable before Chris Morris turned the game on its head with his spell for Rajasthan. It was a closely fought contest but in the end RR had score nine runs too many.

Turning Point: Andre Russell was hitting it clean and looked dangerous. It seemed that he would take KKR over the finishing line. The 14th over of the match, which was bowled by Morris, witnessed the wicket of KKR’s star batsmen Russell and Suryakumar Yadav. This over inarguably turned the course of the match in RR’s favour. 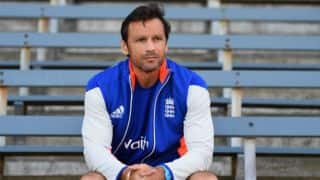