Catch the live action of final ODI of Tri-Nation Series 2016 between WI vs AUS here.

The final One-Day International (ODI) of the West Indies Tri-Nation series 2016 will be played between the host and current top team in this format of the game — Australia. So far, the series has been very interesting with every encounter being a nail-biting one. Both West Indies and Australia won three out of their six games and reserved a berth in the final.

If West Indies managed to win this final, then this will be their first final victory since 2004 ICC Champions Trophy in ODI format. Throughout the series, West Indies have emerged as a good unit. Their core strength has been their bowling, while their batting has been decent with Marlon Samuels, Dinesh Ramdin and Darren Bravo in good touch. Australia will be eyeing to win this ultimate encounter and add another gem to their wall.

Overall, both the teams are looking to come out hard and one can expect the final to be nerve-breaking. The match will start at 10.30 pm (IST) and can be streamed live on TenSports.com. 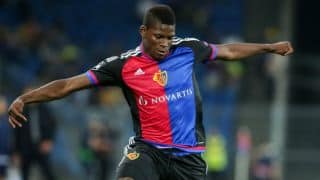