Poll: Ravichandran Ashwin, Shakib Al Hasan or Ravindra Jadeja — who is the best all-rounder from India-Ban

Bangladesh's greatest-ever Shakib Al Hasan is not far behind Ashwin in the rankings. He is currently at No. 2 and has recently slammed a double-ton in New Zealand.

The one-off Test between India and Bangladesh at Hyderabad can be touted as the battle of all-rounders. Bangladesh will be playing their first-ever Test in India, and both sides are stacked with quality all-rounders. Ravichandran Ashwin rules the roost. He has the official tag of the No. 1 all-rounder in the ICC Test Rankings. Ashwin, primarily an off-spinner, has been turning games for India with the ball, and when the chips are down, he makes a difference with the bat.

Bangladesh‘s greatest-ever Shakib Al Hasan is not far behind Ashwin in the rankings. He is currently at No. 2 and has recently slammed a double-ton in New Zealand. If Bangladesh has to win this contest, Shakib will have to step up in both the departments. Also, India have Ravindra Jadeja in their ranks, who has a similar playing style to Shakib’s. Jadeja is lethal with his left-arm spin in home conditions, and has begun to prove his mettle with the bat as well. His 3 First-Class triple tons are a testimony to his batting prowess, and also added to these are his fielding skills.

At the moment, Ashwin and Jadeja are ranked No. 1 and No. 2 respectively in the ICC Bowlers Ranking in Test cricket.

There are also other quality all-rounders in both the sides. Jayant Yadav has taken good strides in a very short career. From the Bangladesh camp, Mahmudullah, who started as an off-spinning all-rounder, focuses more on batting these days, while Mehedi Hasan has only made headlines with the ball. However, it was only last year when Mehedi bagged the Player-of-the-Tournament award in the Under-19 World Cup, where he scored at over 60. 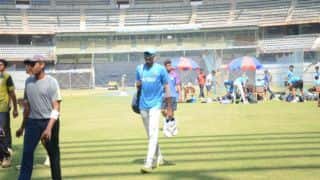 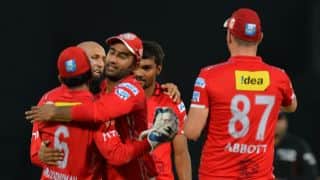